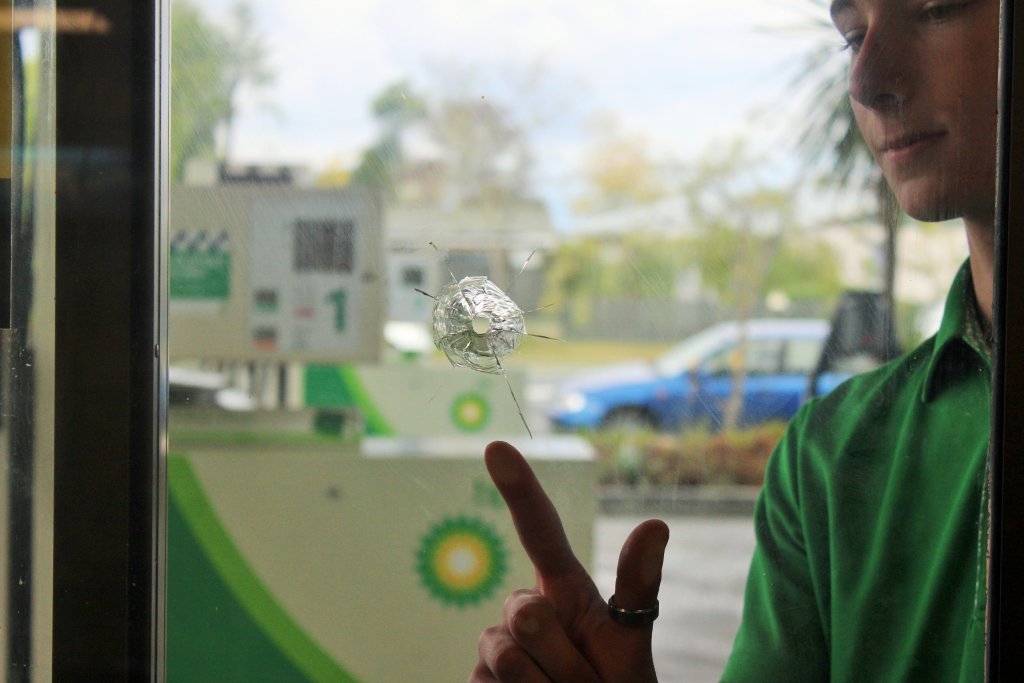 Orim Brunt assesses the damage after a bullet hole was found in the window at BP Leamington.

Another Waikato DHB car was attacked during a second spate of vandalism on Shakespeare Street last week.

This time, staff arrived at work to find they’d lost a wheel and gained a car jack.

It followed a Sunday night attack on April 21, when six Waikato DHB cars used by Cambridge district nurses all had two tyres slashed.

Then on the night of April 23 a different Waikato DHB car, this one used by the Waikato DHB START team, had a tyre stolen. Staff found the car still propped up on rocks, with the jack left laying on the ground.

At the time of going to print police could not confirm whether fingerprints had been lifted from the item.

“Our district nurses, allied health and START teams who use these vehicles every day providing care in our communities are very disappointed that our cars have been targeted by vandalism,” said Trina Falconer, contracts and service support manager for Waikato DHB.

“Waikato DHB takes the safety of our staff and the resources needed to undertake their roles very seriously and security for this site is being reviewed with our security partners as a priority to try to prevent this happening again.”

“If anyone has any information, please contact the local Cambridge police.” 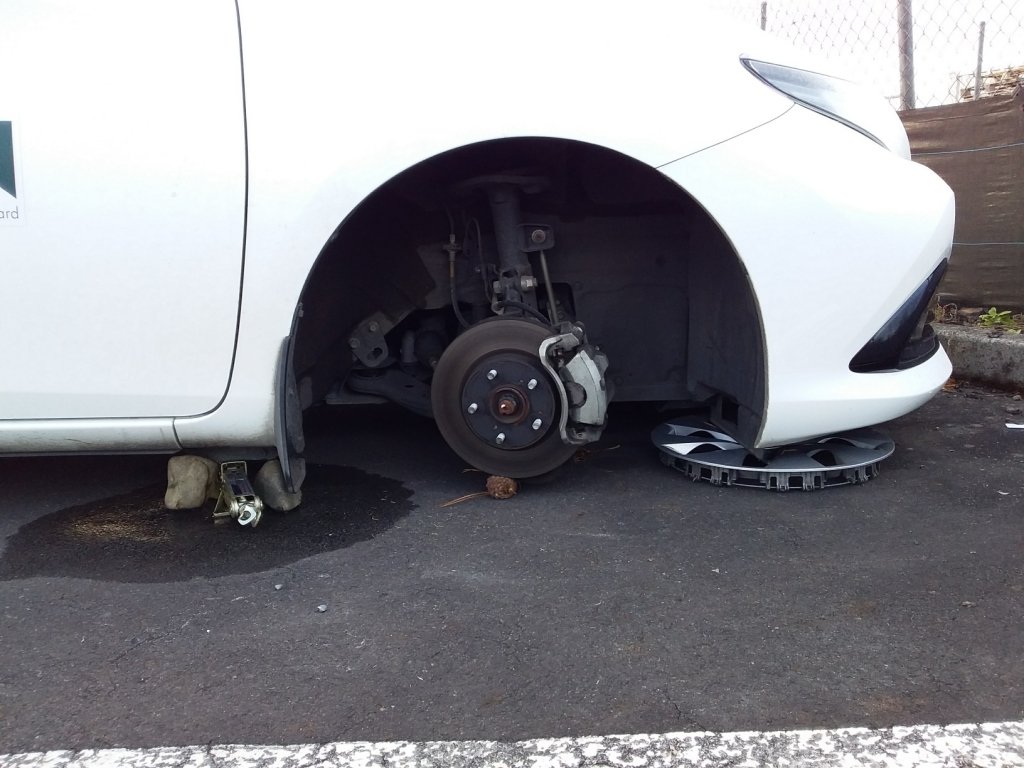 A wheel was stolen from a Waikato DHB START car on the night of April 23, with a wheel jack left at the scene.

Police said enquiries into the theft were ongoing. Following the April 21 tyre-slashing incident, Police were investigating whether CCTV footage of the incident was available. They did not confirm whether this was successful.

One person working in the area said Leamington’s spike in vandalism was “getting ridiculous”.

“We’re now worried for our own safety getting into our cars, what if they’ve been tampered with?” said the woman, who wished to remain anonymous. “It’s getting scary now, especially if we work late.

Cambridge lost its 24/7 policing in 2016, and now has police based in town on Friday and Saturday nights only. Hamilton and Te Awamutu police still patrol the wider district overnight.

The DHB weren’t the only ones in the area targeted on the night of April 23.

The Leamington BP station’s window appeared to have been shot with a slug or pellet gun. The incident occurred while the property was closed. No staff were on site.

The public seat outside Jumble Around was also damaged that night, nearly ripped from the ground. A public seat on Shakespeare St appeared as though someone had tried to rip it from the ground overnight on April 23 – 24.

New Zealand Police are encouraging those with any information about the incidents to call Cambridge Police on 07 827 5531.