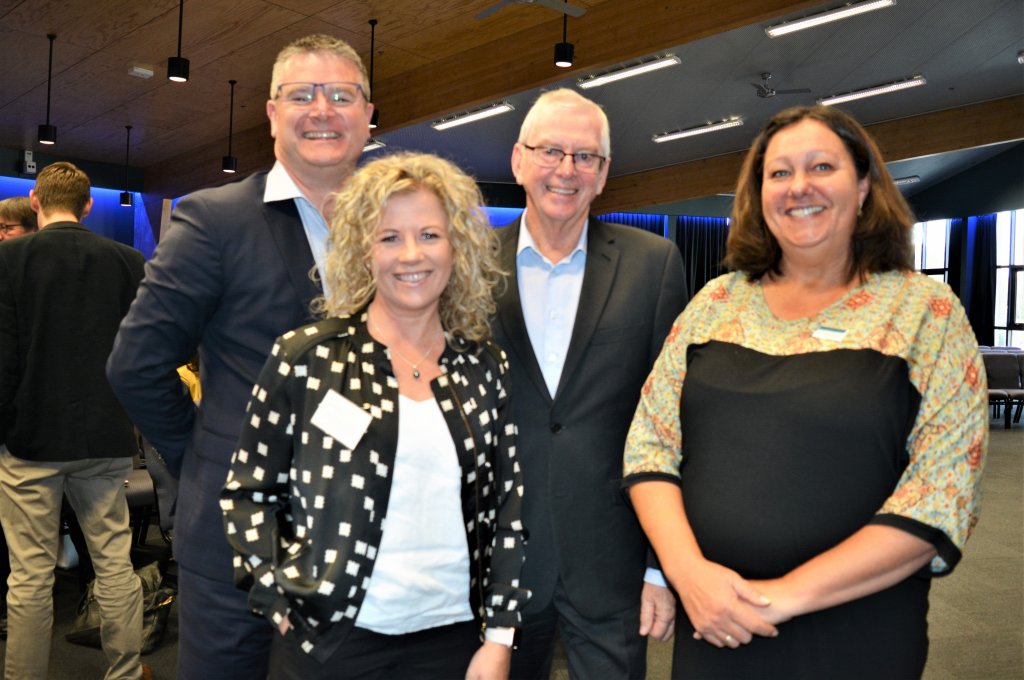 Cambridge’s business sector has been advised to be more audacious and collaborative in shaping its future, ‘take the pulse’ of a changing consumer base, and plan now to head off a looming labour shortage.

Those were some of the key messages to come out of a May 9 First Retail event run by the Cambridge Chamber of Commerce in collaboration with Waipa District Council (WDC), attended by around 80 retail and other business sector representatives, developers and property owners.  Described as a ‘retail and commercial health check’, it was aimed at ensuring Cambridge remained ‘fit for purpose’. Presentations were made by First Retail Group managing director Chris Wilkinson; Jason Dawson, CEO of Hamilton and Waikato Tourism; and Brad Olsen, an economist from Infometrics.

The First Retail team consulted with local businesses and the WDC in the days leading up to the event. Chris Wilkinson said feedback had been “fantastic” and added: “We wanted to understand what makes Cambridge unique. This is all about finding out about where to prioritise effort and investment … how to grow that ‘specialness’.”

He said an 8 percent growth in spending by WDC consumers was almost double that in the rest of the Waikato, and described an 11 percent growth in spending by international consumers as “quite spectacular”.  He said outcomes could improve further if we better understood the needs and expectations of consumers, and it was suggested that planners look at successful town models nationally and internationally for ideas.

Jason Dawson, who works closely with the WDC and the Cambridge Chamber of Commerce, said Waipa was “smashing it out of the park” with the growth in visitor spending up 9.6 percent year on year. He said both retail and the food and beverage sectors ranked as top visitor spends.

Both Jason and Chris urged local businesses to consider how well they were servicing visitors. Ideas shared with the floor covered extended weekend café opening times, thoughts of limiting vehicle traffic in town and maybe introducing hop-on, hop-off buses, building on the success of local producers and markets, growing experience-led tourism, and working with council to ensure there was adequate business accommodation.

Community pride was crucial to a town’s success, said Chris, as was the need for town centre development to align with the values that attract people here. He cited Cambridge’s village feel and environmental focus, its trees, lifestyle and link with champions, and attractiveness to new businesses, such as those in the technology sector. He said Cambridge needed to be “a place of affordability and relevance” and the town centre needed to take the lead in shaping its growth.

Cambridge Chamber of Commerce CEO Kelly Bouzaid said she was “delighted” at the level of engagement from attendees.

“The conversations the First Retail team had with retailers and businesses across town offered insights into our town’s economy and the opportunities at hand. Work streams have now been tentatively identified with the Chamber that focus on enhancing our SMEs’ digital capability and visibility as the first initiative off the block.”

During the event, Chris emphasised the importance of digital connectivity. He said customers increasingly made destination decisions based on digital research and influence. “It’s an important part of the success of a town. Cambridge has good digital competency, but there is room to grow.”

Infometrics economist Brad Olsen said Waipa had the fastest growing economy in the Waikato in March 2018 “by a country mile”, but he said a nationwide shortage of workers, particularly young people, was important for places like Cambridge to consider.

“The difficulty people experience in finding workers means people will cutback on growth,” he said.