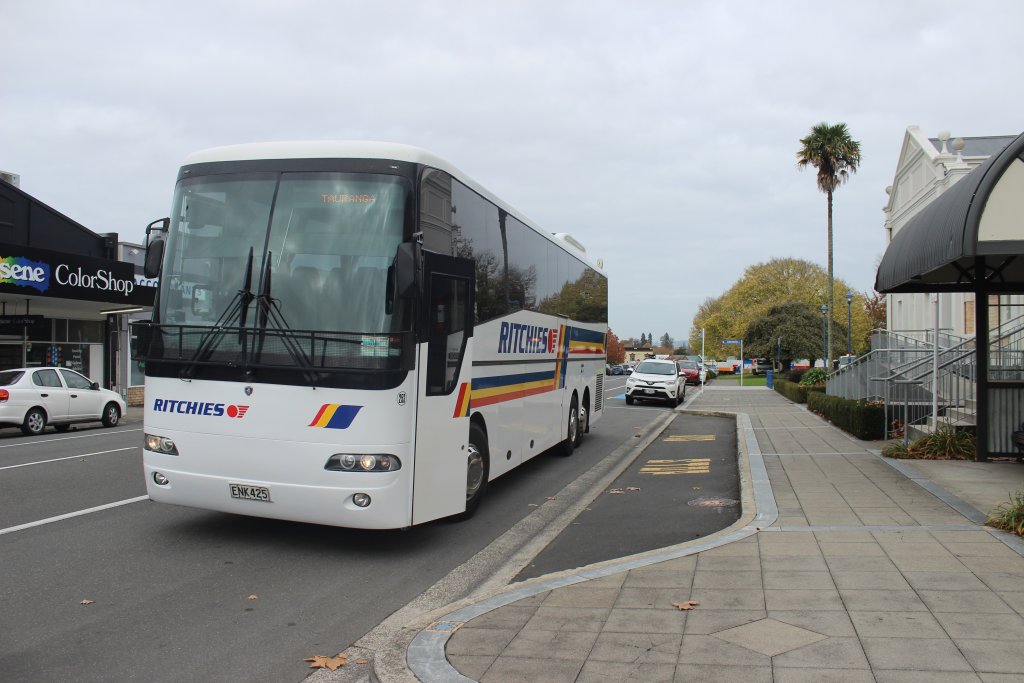 Bus drivers may find it much easier to stop in Cambridge with Waipa District Council looking at ways to improve the limitations on central bus stops.

Waipa District Council says there is no intention to ban buses in the CBD after concerns around their mobility in town were discussed at the Cambridge growth strategy committee meeting on April 29.

At that meeting, Council’s business development manager Steve Tritt and Destination Cambridge chief executive Miff Macdiarmid both addressed the fact that Cambridge’s road layout can cause issues for larger buses.

Intercity coaches and charter tours tended to have trouble finding places to stop safely, they said, and could sometimes get caught up in the roundabouts.

The two bus stops on either side of the town hall forced buses to drive through the town’s roundabouts, and sometimes multiple buses could call in at the same time, leaving limited space for themselves, let alone other traffic.

“There’s a lot more than just bus parking involved in this picture,” Tritt said, pointing out that the opening of the Hidden Lake Hotel and Apartments at the Lakewood development would only bring more Intercity coaches and charter tours to town.

Waipa District Council has since confirmed it is working to improve the situation.

“Council is aware that there are some limitations with central bus stops,” said Bryan Hudson, manager – road corridor for Waipa District Council.

“We are working on a business case for improved bus services and this identifies the need for more of a bus ‘hub’ in Cambridge.”

“It is likely to be a project and will need to be considered in our next 10-year plan (2021), including both Cambridge and Te Awamutu bus services.

“There is no intention to ban buses.”