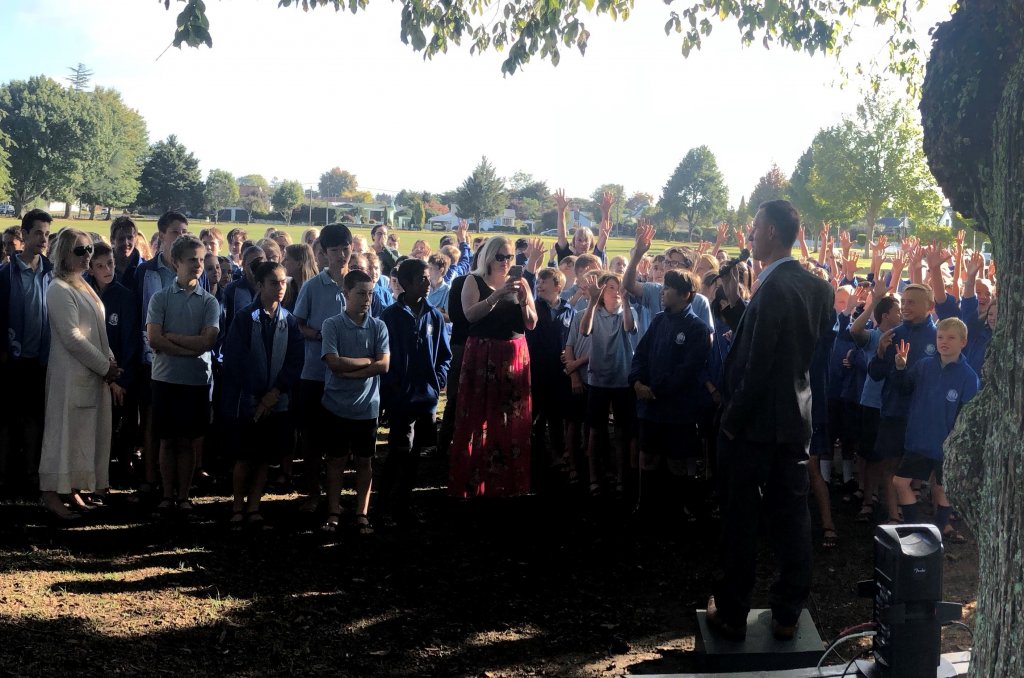 Cambridge Middle School will soon see an end to its struggle to find space for a growing student role.

The intermediate school, one of Cambridge’s most-affected schools under the strain of a growing population, will receive $3 million from the Ministry of Education to build six new classrooms, as part of a nationwide $9m spend.

No time frame has yet been set for the new buildings, but Labour list MP Jamie Strange, who announced the news at the school on Friday last week, said the Ministry of Education would soon meet with the school’s board of trustees to discuss the build.

Cambridge Middle School has been trying to secure funding from the Ministry for more classrooms for several years now, bolstered by a fire in 2016 which destroyed one classroom and damaged another. Student numbers were already substantial then at 440 students, but with 242 more on the role in 2019, the need was at a premium. Already the school’s old woodwork room and even an enclosed foyer had been converted into classrooms.

“We are thrilled that we are finally getting classrooms that we have been campaigning for the last three years,” said acting principal Tagget Christophersen, crediting former long-standing principal Ross Tyson for “a lot of hard work” in the strenuous journey to secure the funds, coupled with dedicated efforts by the Board of Trustees and current principal Daryl Gibbs, who was on sick leave.

Other schools in Cambridge are also working with the Ministry of Education to secure funding for more classroom space.