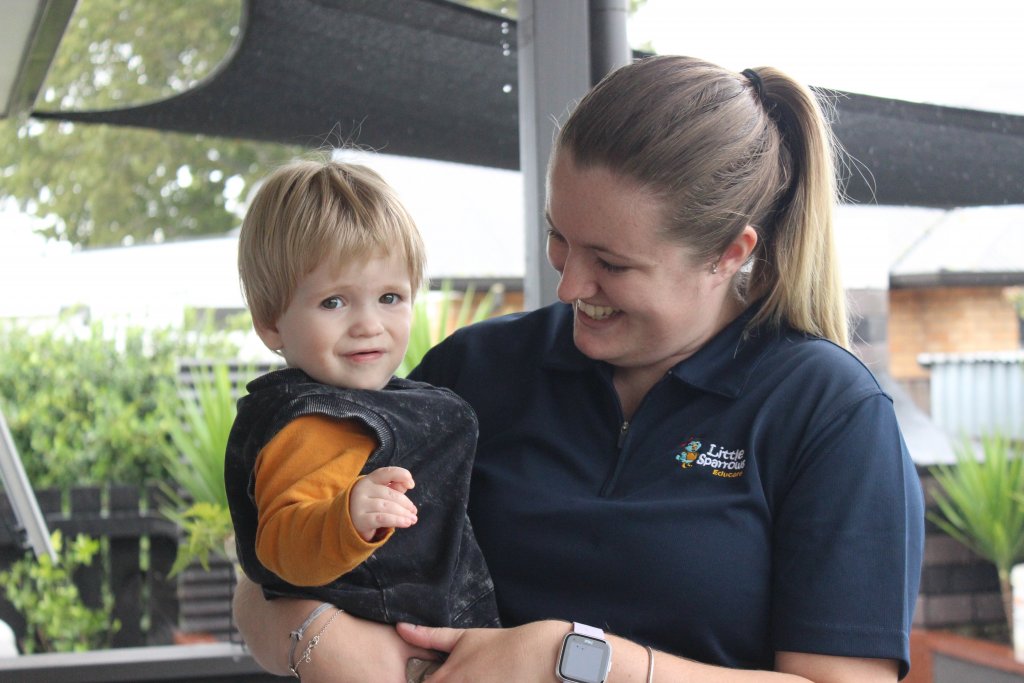 Cambridge mum Kayla Bromwich will be relieved when her son Korben gets his measles vaccine next month.

It is the most important thing a parent can do for a child.

Against what medical authorities say are bogus links to Alzheimer’s disease and autism, Kayla Bromwich will take her son Korben in for his 15-month vaccines next month.

The vaccines will provide protection against type B influenza, measles, mumps, rubella, chickenpox, and pneumococcal diseases such as meningitis.

The Cambridge mum has no doubts about the value of vaccines, particularly with measles in the Waikato.

“I’ve been so paranoid…it’s getting very close,” she said.

Measles has been diagnosed in 75 patients in New Zealand this year, including a dozen in the Waikato.

Waikato District Health Board’s medical officer of health Dr Richard Hoskins said the disease had not been found in Cambridge but had spread as far south as Kihikihi.

Hoskins confirmed that other diseases for which vaccines exist, including mumps, whooping cough (pertussis) and pneumococcal disease had been found in the province this year.

Kayla Bromwich said the worldwide anti-vaccination movement made her angry, especially after she saw sick babies first-hand in hospital after her son was born premature.

“I just don’t see why they wouldn’t want to vaccinate,” she said. “It’s not just our own children we’re trying to protect, its everyone.

“Don’t just do it for your own children, do it for the babies that can’t fight it, who haven’t had their immunisations,” she said.

“Immunisation is the single most important thing you can do for young children,” said Lyn Schofield, a registered nurse in Cambridge.

She knows what a difference it can make – her own baby suffered from meningococcal disease before the meningitis vaccine was approved in 2005.

“Because people are now immunising, we’re not seeing the diseases that used to kill children,” she said.

“People forget immunisation is probably the most medically changing aspect to people’s health. We’ve eradicated diseases like small pox, which is part of the childhood vaccine programme.

“Having had the horrors of nursing my own child at nine weeks old with a form of meningitis that we now have a vaccine for, it makes it much easier to vaccinate.”

Her baby recovered from the disease.

Schofield said the four immunisation injections babies receive at 15 months – which includes the measles vaccine – are well worth it, even if they hurt a little.

“Pain is pain, they don’t remember it individually, whether it is four or two injections,” she said.

“We’re just giving the body the opportunity to recognise a shape, because every ‘bug’ has a shape,” she explained.

“Immunisation is a very, very important safety measure, as important as putting them in a car seat.”

A link between autism and vaccinations has been widely discussed since the 1990s, with Measles-Mumps-Rubella (MMR) and mercury (in the form of thimerosal) the primary areas of concern.

Much of the controversy around MMR vaccine and autism followed the work of Andrew Wakefield and colleagues in 1998, published in the medical journal The Lancet.

His work was retracted by in 2004 following the findings of scientific and ethical flaws. Wakefield was widely discredited and struck off the UK medical register.

This year the findings of a nationwide, 10-year study in Denmark of more than 657,000 children concluded the MMR vaccination did not increase the risk for autism or trigger autism in susceptible children.

Despite anti-vaccination claims being comprehensively debunked, believers have continued to rally behind their cause.

Just last week a Hamilton a city councillor was in the news for posting a flyer linking flu vaccines to Alzheimer’s disease, and in New York mayor Bill de Basio  responded to an outbreak of measles by warning those who refuse to vaccinate that they will be fined.

During World Immunization Week, the World Health Organisation highlights the value of vaccines, as well as increasing investment into immunisation progress, through the “Protected Together: Vaccines Work” campaign.

There are still 20 million unvaccinated and under-vaccinated children in the world.