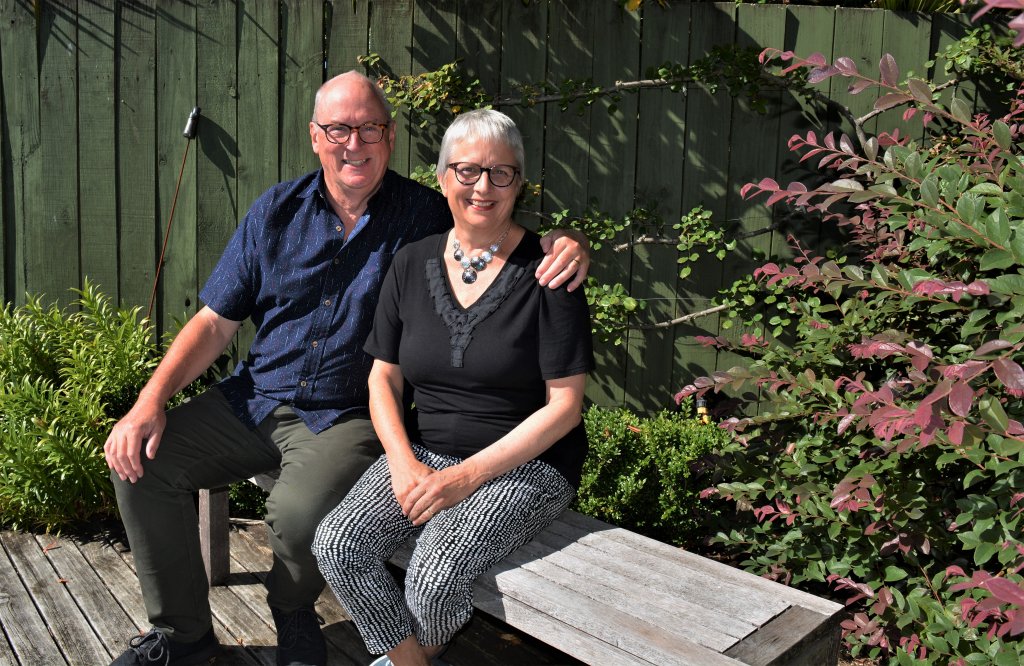 After more than 41 years in the game, Linda and John Tarbutt have pulled the shutters down on their dual careers as optometrists.

They officially left the building on February 22 – that would be 33 Duke Street, from where they have steered Tarbutt Optometrists since the practice moved there from Victoria Street in 1984.  The pair sold the business over a year ago and have been working for the new owners until they felt right in calling time for good.  The practice, however, will continue to serve Cambridge and its surrounds.

A significant marker of their departure is the fact that for the first time, neither John nor Linda will be hitting the annual deadline for the renewal of their practising certificate. When questioned if that might feel slightly odd, they responded in sync.

“Not at all,” said Linda.  “We have come to the end of our professional life and we’re looking forward to doing different things now. We’d just like to wish the new owners, the staff and everyone well in the future.”

John is just as happy to draw a line under his career.

“It would be difficult to maintain our practising certification if we’re not working in a practice,” he said.  Applying for certification would also require them to meet other criteria to maintain competency. “This way, I cannot be tempted back into a locum position.  I am happy to stop here and see what happens now.”

The Tarbutts have some professional clout between them.

John worked as an analytical chemist in a private pathology lab in Dunedin before studying optometry at the University of Auckland. He graduated in 1974 and worked in Hamilton before broadening his experience abroad.

It was in 1977 that he purchased the Cambridge practice that was to become Tarbutts. It had been started by Peter Waterhouse in the early 1950s – a man recognised as being ahead of his time and one who made a significant contribution to the development of the profession in New Zealand. John followed a similar path and became involved in the progression and evolution of optometry in New Zealand.  During the 1980s he launched two decades with the New Zealand Association of Optometrists, serving as president for a time, and spent a number of years lecturing at the University of Auckland’s Optometry School.

Linda, who finished her optometry study in 1976, joined John in the practice three years later. It was to be a marriage of career and home – the practice became a partnership and the couple wed.

They both steeped themselves in community life. Linda became deeply involved with Guides New Zealand, becoming national president for five years, and John has been an active Rotarian since 1981, at club, regional and national level. He is a past District Governor and is one of New Zealand’s representatives at the Rotary International Council of Legislation. John has also undertaken numerous trips into the Pacific run by Volunteer Opthalmic Services Overseas (VOSO); he remains a trustee with VOSO.

Easing into their new reality will likely be a breeze for the Tarbutts.  They’re used to working together and are unworried about post-retirement proximity.

Overseas is on the cards for this year, and with their daughters and four grandchildren living at opposite ends of New Zealand, national trips will be a certainty.