Latitude was just as intrigued with the crowd as they were with him.

Twelve Roto-o-Rangi School students played a part in reducing the decline of the western North Island brown kiwi last week, tramping their way through rugged bush to find the perfect spot for the maunga’s newest residents to nest.

Jello and Lattitude, month-old kiwis from Rotorua’s National Kiwi Hatchery, stopped in at the school on Friday morning on the way to their new home on the western side of the mountain.

Bill Garland, a founding trustee of the Maungatautari Ecological Island Trust, suggested the kiwis stop for a visit at the school on the way to his farm, where they were released just beyond the fence in native bush.

It was the second time this breeding season a kiwi release has happened on the Garland farm. When the season kicked off in October, so began the Kiwis for Kiwi national charity’s goal to release 500 kiwi into the 3400 hectare ecological island over the next five years.

Other kiwi are slowely being moved from Maungatautari to other reserves in the country too, to help keep New Zealand’s kiwi gene pool diverse and healthy. 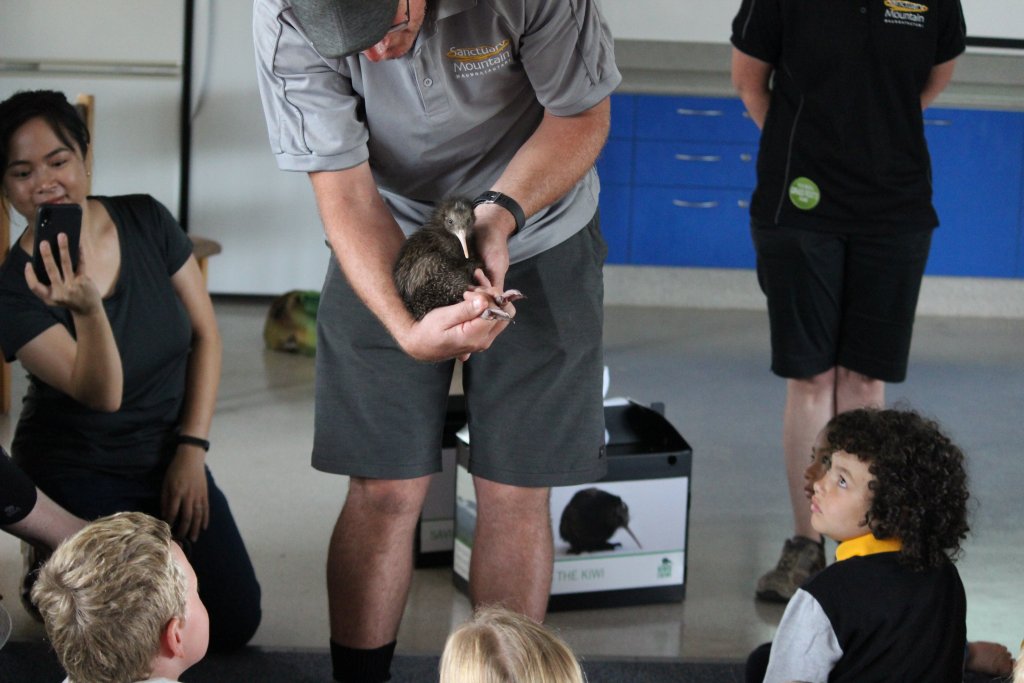 Jello the kiwi was still sleepy-eyed when he came out of his box.

Jello and Lattitude were the 22nd and 23rd of the 500 birds to move to Maungatautari, both being found as wild eggs in unprotected bush in Tongariro before being sent to the hatchery. They add to a current population of about 250 – 300 kiwi on Maungatautari.

On their way up from Rotorua, they stopped in for a visit at Roto-o-Rangi School in what must have been the quietest and most well-behaved school assembly.

Craig Montgomerie, species ranger support, gently carried the young kiwis around the crowd for an up close view.

“These opportunities are really great for kids, it ties them to the maunga and gets them interested,” he said. “Because really, all of this (conservation work) is for them in the end.” Roto-o-Rangi student Flynn Holten carries one of the kiwis into the enclosure.

Afterwards, twelve randomly selected students and a clutch of school staff and parents travelled to the Garland farm for the release.

The students played a hands-on role searching the native bush floor for the perfect kiwi burrow. They clearly took pride in being special kiwi helpers on the day, some saying they’d like to be a kiwi ranger one day and one even opting to become a “Kiwi CEO”.

Amazingly the young kiwis were perfectly fine to be left alone at just four weeks old. They’ll live out their 30-odd years on Maungatautari, living the first three or so years independently before finding a mate. Some of their off spring will be moved to other reserves in the country, helping to keep the kiwi conservation wheel moving. 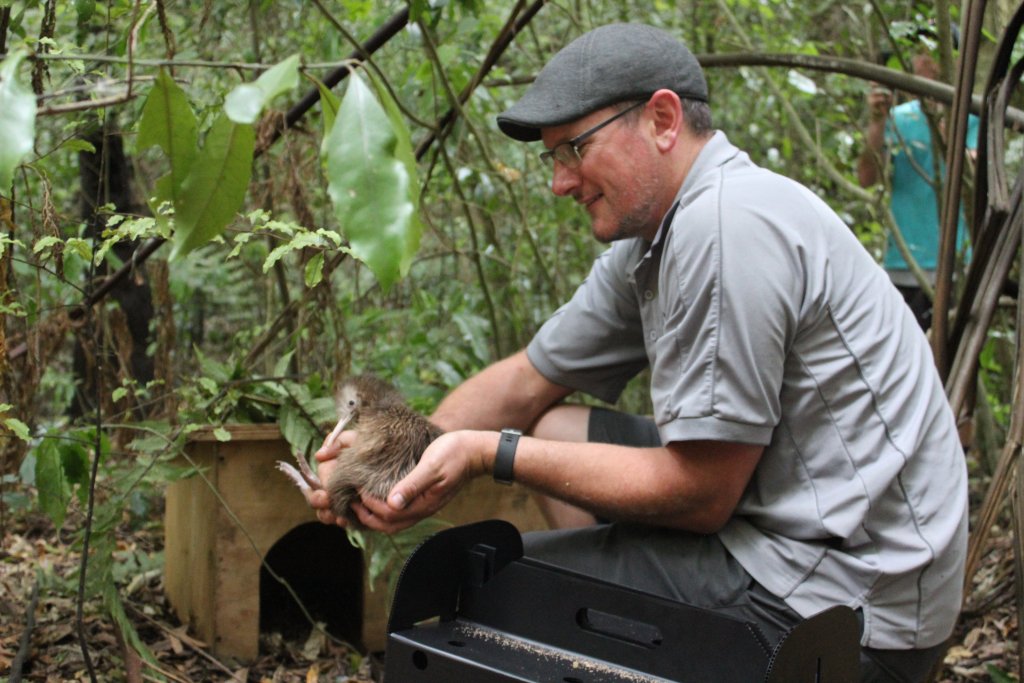 Latitude gets released into his new environment by Craig Montgomerie.