From greyhound to bloodhound

He may have been one of the country’s finest race dogs, but to Odom, he was the last chance at life. Disco the greyhound, formerly known for his race name Ring the Bell, has made a home for himself in retirement with owner Jenny Bartlett, but his champion blood continues to deliver.

A champion greyhound saved a dog who was knocking on death’s door.

When Ring the Bell won the $88,000 Duke of Edinburgh Silver Collar final at the Manukau Stadium last June he became its first back-to-back winner. He also holds two track records in New Zealand.

And the mischievous greyhound who insists on leaving his toys scattered over Jenny’s garden has become a blood donor.

“Odom had a PCV (Packed Cell Volume) of eight when he first arrived, which is pretty much death’s door,” said Michelle, explaining Odom’s auto-immune disease IMHA, which when triggered causes his immune system to attack his red blood cells.”

The vet team gave Odom a blood transfusion, to give his body the chance to stop attacking the cells and start producing more of them. But his cell count didn’t budge, he still needed more time, and more blood, to have a chance of recovering.

There was only one other pre-tested dog in town available to provide life-saving universal blood in time – so Disco was again asked to race against the clock. Odom has recovered with the help of Disco’s gold-star blood, pictured here with owner Michelle MacDonald.

Jenny said Disco was rewarded with treats and toys, “so he thought it was pretty good actually”.

“It’s just nice to be able to help dogs, that’s what it’s all about. If we only ever save one dog, that’s one dog we’ve saved.”

Jenny said she jumped at the chance to adopt Disco when he retired. She already owning two other retired greyhounds – siblings Thrilling Brat and Thrilling Quest, who were a former Silver Collar winner and runner up respectively.

The brother and sister pair had been doing canine pet therapy at Lifecare, and Jenny thought Disco could help the community too.

“I wanted to do something a little bit different from that sort of work, and I thought why not, let’s see if he can be a donor dog? So we registered with Cambridge Vets and Vetora.

“It’s nice to see that we’re doing something that’s helping.”

“Animal welfare is really important in greyhound racing in New Zealand,” Jenny explained. “There’s some good stuff happening out there with greyhounds, and this is one of them.”

There are a number of agencies in New Zealand which specialise in rehoming retired greyhounds, including the May Hounds Greyhound Rehoming group, one of the many retirement projects Jenny supports.

“Greyhounds make the most amazing pets,” she said. “Some people think greyhounds will run and run and run, but they’re pretty cruisy dogs. They’re bred for speed, not distance. They don’t need a lot of exercise, Disco has 20 minutes a day walking.

Though Odom has recovered, he still needs ongoing vet checks to stay on top of his condition.

“If he does relapse, let’s hope that this one’s around!” Michelle said when she met Disco for the first time. “…because we know that he’ll be fine as long as Disco’s around.” 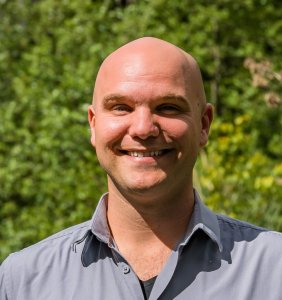 Corey Regnerus, small animal vet at Cambridge Vets, part of the team that helped save Odom’s life, said dogs like Disco can be a saving grace in emergency situations where they don’t have enough time to wait for a delivery from a blood bank.

“The blood transfusion provided the time to let Odom start fixing himself, so it was a huge band aid in order to help Odom survive.

“We’re always hugely grateful for our blood donor dogs, because they do really save lives in emergency situations.”

The Cambridge Vets and other veterinary services keep an emergency list of local blood donor dogs and cats, whose blood has been pre-tested (at no cost to the owner), so that they’re on-call and available in the right situation.

The animals must be healthy and fully grown, at least three years old for dogs and a little younger for cats. Larger dogs are great, because they have more blood to give, but all eligible dogs and cats can make a huge difference in an emergency situation.