Cambridge’s Seton Head and his Bay of Plenty teammate Brad Groombridge both love the power of their Suzuki dirt bikes, but they each discovered there was a whole new level of bravery required when they made their road-racing debuts at the weekend, writes Andy McGechan, Bikesportnz.com. 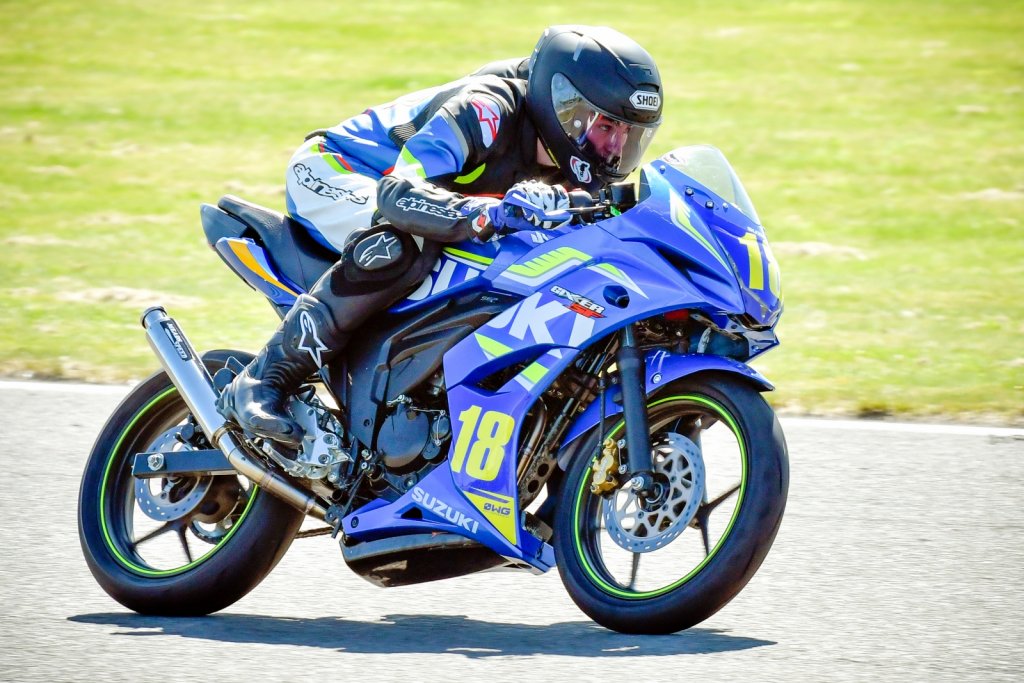 With backing from Suzuki New Zealand, the two Kea Trailers Race Team dirt bike riders rolled into the pits of the three-round Suzuki Series at Taupo’s Bruce McLaren Motorsport Park with just one aim in mind, to learn as much as they could about racing on tarmac.

The reigning New Zealand enduro and cross-country champion, who is also ranked No.2 in the national MX2 motocross class, Groombridge raced the 1000cc Suzuki GSX-R1000 superbike in the Formula Sport class and climbed on board a Suzuki GSX150F to make his road-racing debut in the fledgling GIXXER Cup competition. The 28-year-old Groombridge finished second and eighth in his two outings, behind experienced road-racers Brendon Coad and Steve Bridge, and finished up third overall on the day.

The GIXXER Cup class is a relatively new competition, hatched last year, and reserved for riders aged between 14 and 21 and all on board identical 150cc Suzuki GSX150F model bikes, but 17-year-old Seton Head was soon on the pace, settling in the end for 10th overall in the 17-rider field.

“I had a call only a couple of days ago from Brad (Groombridge) and he told me there was a GIXXER Cup bike available for me to ride if I wanted to,” said Head.

“I thought, ‘I’ve never ridden a road bike before but I’ll give it a crack’.

“I learned a lot at the weekend, like learning how to lean over and just how much more grip you have than on a dirt bike. I feel comfortable on the GSX150F bike now and have gotten to grips with the different riding technique.

“My cross-country friend Zak (Fuller, from Taupiri) did really well at this GIXXER competition last year and I thought I’d like to give him a run for his money.”

“It was a really good opportunity for the two guys. They obviously don’t mind a little variation, which is why they both race motocross, enduro events and cross-country events too.

“They are both the kind of guys that if you give them two wheels they’ll try to find a way to go faster on it. That’s what I like about them … they have adaptability and therefore, I guess from my point of view, marketability too.

“They are putting my trailer brand out there across all the various bike codes. Whether you’re racing motocross or road-racing, everybody needs a trailer and that’s why my product belongs here. This is good branding for us and good exposure too.”

The riders now head to Manfeild (on the outskirts of Feilding) for round two of the Suzuki Series this coming weekend. The series wraps up with the riders tackling the world-famous Cemetery Circuit in Whanganui on Boxing Day.

After that it will be the five-round 2019 New Zealand Superbike Championships that will command their focus, the series kicking off at Mike Pero Motorsport Park, Christchurch, over January 5-6.