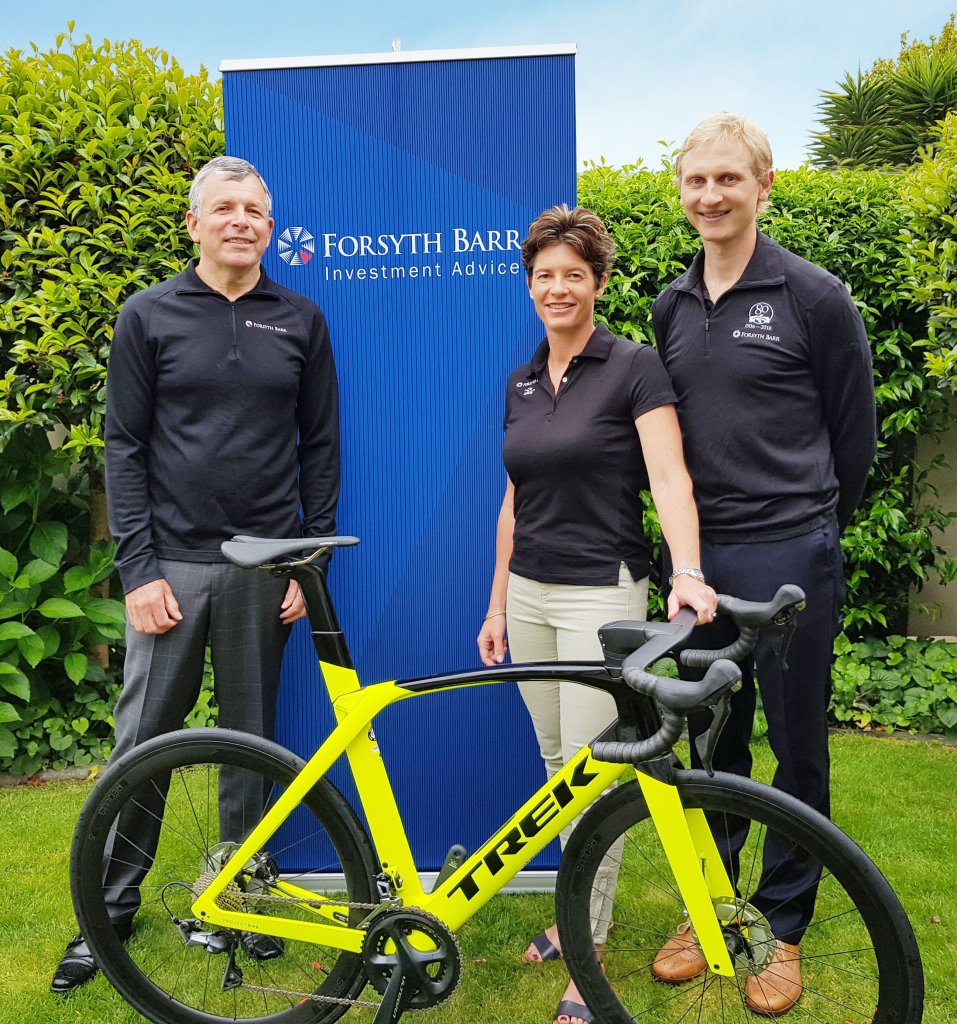 The fitness-minded crew at Forsyth Barr in Cambridge and Hamilton are right behind moves to link the nationwide company with one of the country’s top elite races – and promote women’s cycle racing in the process.

Forsyth Barr has announced a new partnership with the Three Peaks RIDE New Zealand Cycling Festival coming to Waipa for a week in January.

RIDE New Zealand’s Cycling Festival Board chairman, Simon Perry, said the waiver was intended to encourage female cyclists “from within the region and beyond” to enter.

“It will be a highly competitive race, and it was important to Forsyth Barr and the RIDE board to look at ways at reducing some of the barriers many of our emerging female athletes face when seeking that vital race experience,” he said. “The cost of an entry fee for elite women cyclists is just one of them.”

Forsyth Barr is a New Zealand-owned investment firm with offices around the country. The company’s Cambridge manager Michelle Rolley said the partnership was a good fit locally and was timed particularly well as the elite women’s classic prepared to come to this region for the first time.

“My own background is in triathlon,” she said. “I enjoy a variety of sporting interests, have completed Ironman NZ and done a number of Half Ironmans. We have a strong fitness ethos in this office. Hamish [Bond] is an elite athlete who moved from rowing to cycling, and a more recent addition is Andrew Flexman, who has had extensive experience in sport.”

Michelle said both the Cambridge and Hamilton offices found value in giving back to their local communities, across sports and art-centred events. More recently, the company announced its inaugural Forsyth Barr Charity Brokerage Day, an initiative that resulted in a donation of $452,000 being made to the Auckland City Mission’s HomeGround development.

Forsyth Barr’s Hamilton manager Roger FitzGerald said staff in Hamilton and Cambridge were delighted to be involved in the cycling festival. “We have a particular interest in developing initiatives involving women in sport and leadership, hence becoming the naming rights partner of the Women’s Classic was a perfect match for us.”

The 2019 Forsyth Barr Halfling Women’s Classic will involve a separate start time and cash prizes for the top five place-getters. The company will also provide the top three women’s Under 19 place-getters with an opportunity to lunch with elite cyclists Alison Shanks and Hamish Bond, and there will be a Women in Sport “Q & A” session at the Avantidrome on January 23, involving Hamish Bond, Alison Shanks and Rushlee Buchanan. Details are from the Cambridge office.

Other events scheduled during festival week will offer various distance options within the Hobbiton Movie Set Gran Fondo, including the 103km Ring Road, an open 66km Halfling race (for men and women), the 22km Merry Meander, and the Pint-Sized Adventure for those aged 10 and under.

He said it was hoped the arrangement could create an environment where the Forsyth Barr Women’s Classic would be viewed as one of the premier women’s races on the country’s cycling calendar. “Long term, we aspire to make the race a UCI-sanctioned event for females, hence providing an awesome opportunity for our New Zealand female riders to gain that valuable race experience at home.”