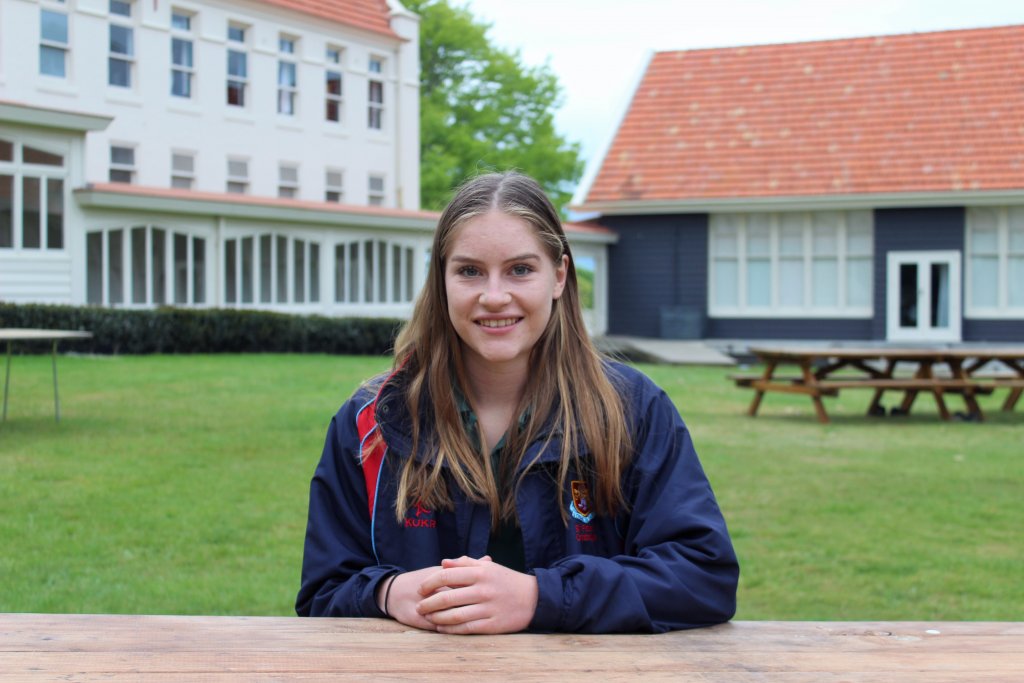 St Peter’s student Rachael Archer is back in Cambridge after a “taster” tour of the States, racing at events around the North Island before she departs for a professional tour of the US in February with the AmPro Yamaha Race Team.

A Cambridge student and top motocross rider has signed a deal with high-profile AmPro Yamaha Race Team in the United States to race as the team’s pro women’s rider in America’s Grand National Cross Country (GNCC) – a premier off-road racing series which attracts top riders from around the world.

St Peter’s student Rachael Archer has just touched down from a three-week trip in the States where she got to know her new race team and raced two rounds of the GNCC. She will move there in February to compete in the entire 13-round series next year, with the aim of making the podium and eventually first place.

“They were really hospitable and made me feel at home so I’m really looking forward to next year,” she said of the trip. “It’s pretty awesome, not many people get an opportunity like that, especially at my age.

Having won the New Zealand Motocross Championship title three years in a row, in addition to the 2016 NZ Enduro title, 0-200cc two-stroke 2018 cross country title and third at last year’s Junior Australasian Champs, it’s safe to say Rachael will have a strong standing in the US national series, despite being 6 years younger than her nearest 23-year-old competitor at the recent GNCC rounds.

“They’ve got so much more experience, because they’ve done it so many more times, but I’ll get there,” she smiled. Rachael Archer competing in the Grand National Cross Country in the USA earlier this month.

At the first round she completed at in South Carolina, where temperatures reached 36 degrees Celsius, she was racing in 5th place but crashed and got stuck in a bog on the last lap, finishing in 7th overall in the women’s pro class. During the same stop she competed in the Mid East Cross Country Series where she finished 2nd overall amongst 500 riders and won the women’s pro class.

Round two of the GNCC moved to Ohio, where conditions dropped considerably with temperatures reaching 2 degrees. There she raced in second place for a good portion of the two-hour race, but a crash forced her into a 5th place finish.

“I was a little bit disappointed because I thought I might have done better. It’s hard when the tracks are so rough,” said Rachael, explaining that the same worn tracks are often used each year. But thankfully, racing alongside the professionals on her new Yamaha team, she picked up a few tricks along the way. “You pick stuff up as you ride with other people,” she said. “I learned endless amounts of stuff, just lots of little things that I need to work on, little things that will make big things come easier.”

Rachael will continue racing in New Zealand cross country events leading up to her departure in February.