Local rider toughest of the tough 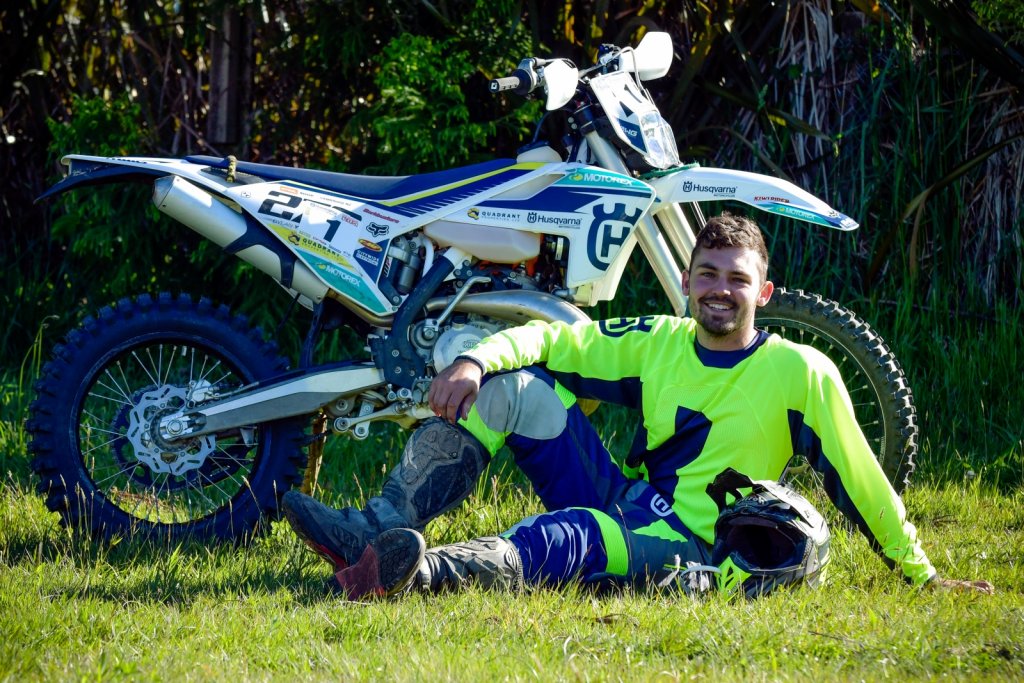 Cambridge rider Dylan Yearbury has taken out the annual Husqvarna Hard Adventure Enduro, proving once again that he is the toughest of the tough in a back-to-back win of the gruelling event.

The third annual running of the extreme motorcycle event was a “last man standing” affair in untamed forestry land between Tokoroa and Taupo, offering up plenty of drama. Dylan, a 23-year-old diesel mechanic, was not immune to misfortune, which made it even more surprising that he could celebrate back-to-back wins in this stern two-and-a-half-day test of man and machine.

The event kicked off on Friday afternoon with a “prologue”, a series of sprints over man-made obstacles, including tractor tyres, concrete pipes, metal skip bins, a narrow beam “tightrope” and wooden ramps, with a few sharp-edged boulders thrown in for good measure.

The event was designed to be tormenting, offering up tracks with varying degrees of difficulty, depending on whether a rider was graded as Gold, Silver or Bronze calibre.

Riders navigated the course using a Global Positioning Satellite (GPS) device mounted on their handlebars and even that didn’t prevent some riders getting a little lost at times.

“I can’t believe I won again, after the series of misfortunate events I suffered this year,” Dylan said.

“I lost my front brake when a nut came loose, and the brake fluid escaped. Fellow racer Chris Birch (from Glen Eden) stopped to help me fill the cylinder back up with water, as a stop-gap measure, and then bleed the brakes, and that got me to the end of the day, when I could replace the oil.

“The next day (Sunday) the bike simply stopped because I had gotten dirt in the fuel filter. I cleaned it out and I was away again, but I had lost a lot of time. Then I got barbed wire wrapped around my rear wheel and this time (another fellow competitor) Tony Parker stopped to help me.”

Twice more, Dylan was lucky to receive assistance from his rivals – Wainuiomata’s Jake Whitaker helping him scale a huge log and Helensville’s Tom Buxton assisting him on a hill climb – these actions epitomising the camaraderie that exists between these battle-hardened dirt bike riders.

“There was a massive variety of terrain that we covered, from mud, rocks, forest streams, steep hills, log cut-overs and bits of road … it had everything,” Dylan said.

“It was to be expected though … it’s in the name of the event, ‘hard’ and ‘adventure’ and it was both of those things and I’m feeling pretty sore and worn out right now.”