Cat burglar on the prowl again 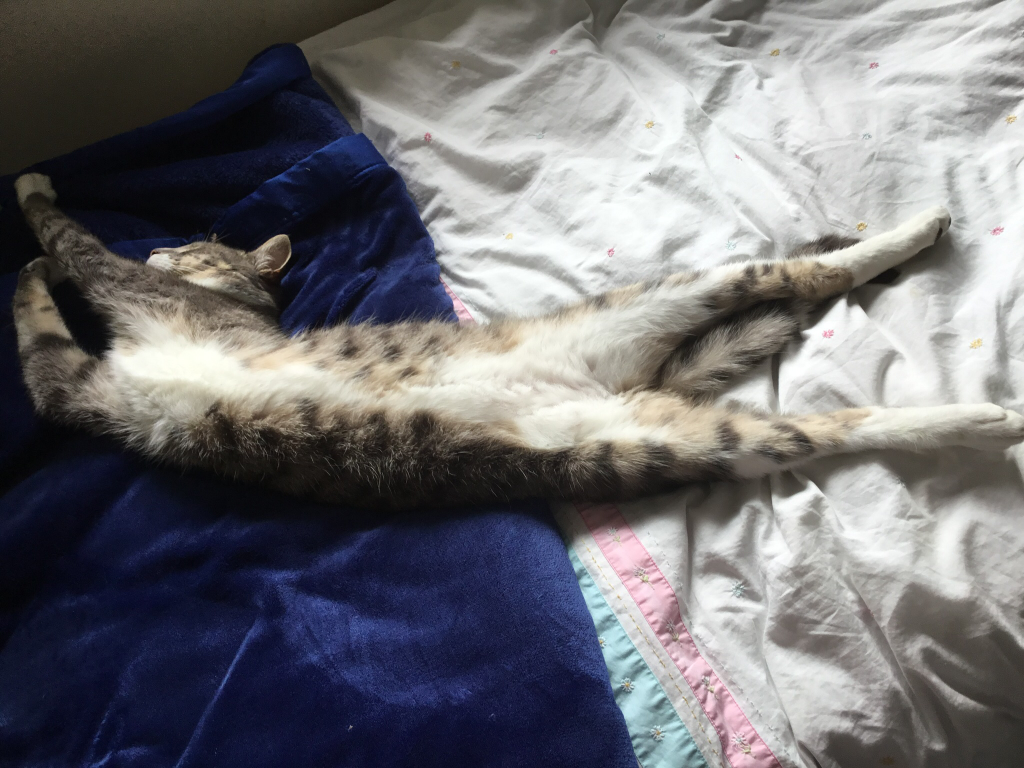 Archie hasn’t lost a wink of sleep over his midnight antics.

The Keightley family are still on the hunt for the owner(s) of a collection of socks and underwear their cat, a prolific burglar, has collected over recent months.

Archie, a two-year-old tabby, has been sneaking into people’s properties and homes in the dead of night and stealing their undergarments.

“I really genuinely would not want anyone to think that it’s a person taking things off their line and feel a bit unsafe at home, because actually it’s our cat,” Archie’s owner Lynley Keightley said. “He’s a very nice cat in many ways, but he is a thief.”

Archie started about six months ago with their neighbours over the fence. “It was all funny and hilarious, and then one day we went and said, ‘hey, here are the latest socks’ and they said ‘those ones aren’t ours’, so we realised he had started going further afield. And our trouble now is that we can’t find the people,” said Lynley, who eventually turned to the Cambridge Grapevine Facebook page in a desperate attempt to find the rightful owner of their mysterious bundle of washing – which includes several identical men’s black Rio underwear, thick woollen men’s socks and as well as women’s and children’s socks –many of which Archie was courteous enough to bring in pairs. Neve and Sylvie Keightley with the bundle of washing their cat Archie has brought home.

“He doesn’t play with them when he brings them back home, he just delivers them to us,” said Archie’s “dad”, his favourite person, Gerard.

“We assume it’s a little love present for us,” Lynley said. “We’ll hear his cat flap going at 3am and he does this special meow which means that he’s got socks or undies.” Sometimes the socks don’t make it all the way inside, instead found snagged on the fence in the morning.

“I really truly do want to find them (the clothing owners), because I feel so badly … it could be from the same place and I just haven’t knocked on the right door yet.”

Archie has proven himself to be quite an open-door, sharing sort of a cat, welcoming other cats inside to eat his food, and of course helping himself to other people’s homes, where he most enjoys sleeping on their roof in the sun. He follows his human “sister” Sylvie down the road to Leamington School, and greets the students walking by, sometimes even joining them in class. But his favourite things to do are chasing string, playing fetch, and of course collecting socks.

Lynley said she wanted to apologise to the neighbourhood on Archie’s behalf. “We would really like to reunite the owners with their stuff,” she said.

Anyone living in the Leamington School / Carlyle St area who think they might be the owner of the missing garments is encouraged to email [email protected] or phone 07 827 0005.