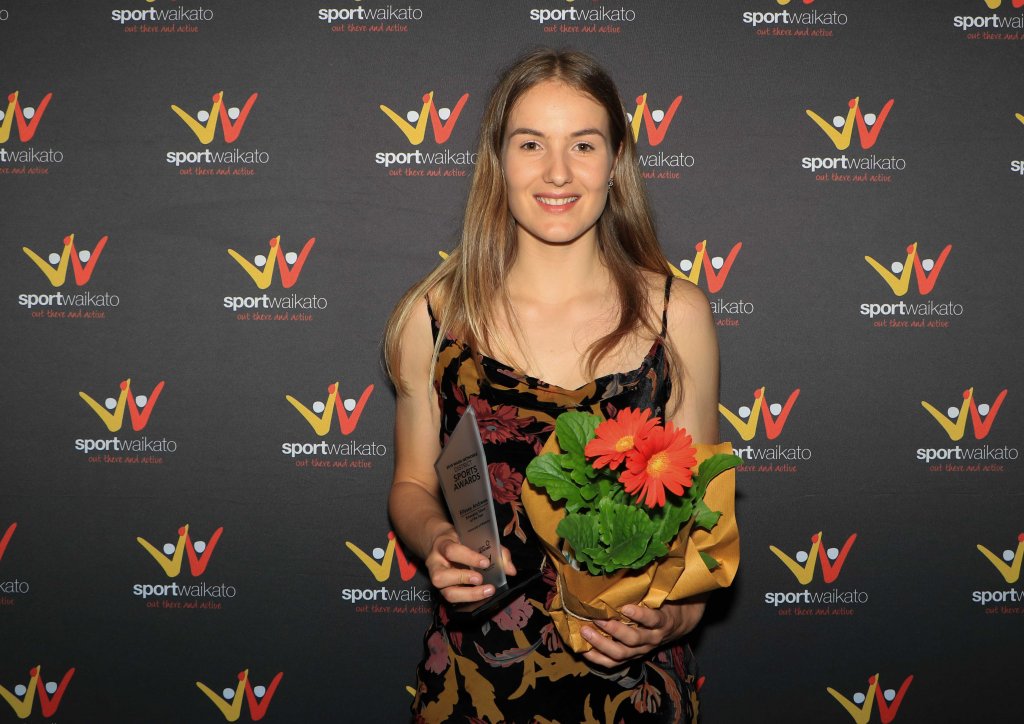 Cambridge came away with more than its fair share of accolades from last week’s Waipā Networks District Sports Awards, with our athletes, coaches and administrators cleaning up at the ceremony on Monday night.

The awards saw a “who’s who” of the local sporting scene gather along with other invited guests to hear the results of this year’s awards. Hosted by rowing legend Eric Murray, himself a seven-times athlete of the year at the same awards, and local radio personality and former gymnast Camille Guzzwell (who can apparently still do the splits on one side), there were plenty of laughs to be had on the night as Waipā’s best and brightest sporting stars were celebrated.

The feel-good moment of the evening came as Aaron Ure accepted the Innovation in Sport and Recreation Award for Avantidrome Community Trikes, explaining to the audience how the initiative has given people freedom they had thought was impossible. With participants ranging in age from 10 to 94, Aaron said that nothing beats the excitement for people when they get on a bike and realise they can have a life more than just being labelled with a disability. “Thanks to the sponsors for allowing us to give people back their lives and dignity,” he concluded. Aaron Ure from Avantidrome Community Trikes accepting the award for Innovation in Sport and Recreation.

It really was Cambridge’s night on the night, but many of the athletes paid tribute to the strength of competition in the Waipā, with Sport Waikato’s CEO Matthew Cooper saying that sport is “in our DNA” as a region.

Partway through proceedings, Matthew sat down with long-distance runner Camille Buscomb and elite cyclist Ellesse Andrews for a Q and A about what it takes to achieve at the top level of sport. Both women have their eyes on the Tokyo 2020 Olympics and had some tips and words of encouragement for aspiring Olympians in the audience. Camille, who is doing “a fair amount of running” at the moment, clocking up between 140 and 160km each week, said that people should keep chasing their goals, whatever they might be. “There’s only a certain window (to achieve in sport), so give it everything you have,” she said. Ellesse, who also won the Emerging Talent category on the night, said that people should keep doing what they love. “Make sure you’re doing it for the right reasons,” she advised. Both women agreed with Matthew Cooper’s assertion that this is a “pretty special part of the world”, with Camille adding that it is a great atmosphere to be an athlete in, particularly with the Avantidrome nearby. “It’s exciting”.

At the conclusion of proceedings, Matthew Cooper singled out the community trikes programme for a special mention: “They summed up the night in terms of what it means…making a positive difference and breaking down barriers”. And judging by the applause, the crowd agreed with that.