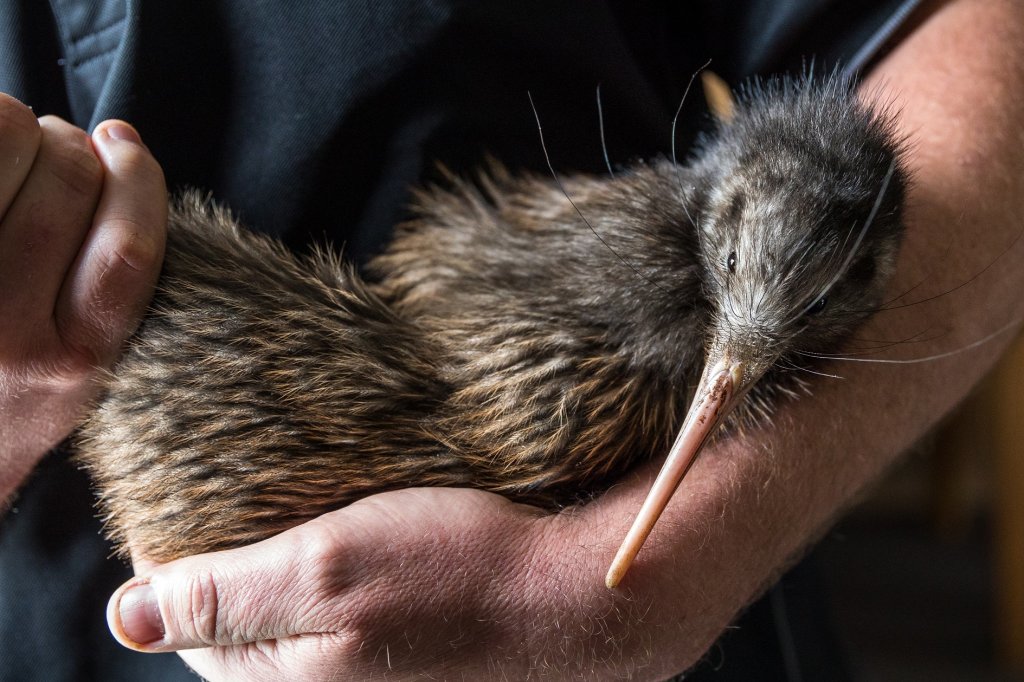 Eight-month-old kiwi chick Tahi was the first kiwi released as part of the Kiwis for Kiwi initiative, making his new home at Sanctuary Mountain Maungatautari on Monday. Photo – Maddox Photography.

The beginning of a journey for 500 kiwi started with one very special chick on October 1, coinciding with the start of Save the Kiwi Month.

The eight-month-old Western Brown Kiwi chick, named Tahi, is the first kiwi released as part of Kiwis for Kiwi’s new strategy to accelerate kiwi numbers and turn around a two per cent decline in the national bird’s numbers.  The release took place at Sanctuary Mountain Maungatautari, the country’s largest predator proof fenced sanctuary.

“Using Operation Nest Egg, chicks hatched from wild-collected eggs will be incubated in captivity and released into existing predator free habitats where they can breed in a safe environment. Once we have grown those areas near to capacity, we can then relocate some of the offspring to start new families in other places. By increasing the supply chain and getting these kōhanga kiwi sites to capacity more quickly, we can now do in 5-10 years what would have taken 50 years or more,” Michelle said. The success of the strategy depends on the collaboration between many groups – Iwi, private land owners, regional councils, DOC, hatching facilities and many volunteers.

Michelle said over the past 16 years the Sanctuary has put an enormous amount of work into creating a safe place to enable the reintroduction of endangered species.

“This has provided a wonderful opportunity to establish a critical kōhanga kiwi site and it made so much sense to work together.  We believe the goal of 500 kiwi released to the maunga in the next five years is doable,” Michelle said.

The sanctuary has an estimated carrying capacity of 690 pairs of kiwi and when it reaches half capacity – around 325 pairs – kiwi will begin to be moved off the mountain to begin populations in other predator-controlled areas.

Michelle said that when fully stocked, Sanctuary Mountain Maungatautari is capable of producing hundreds of kiwi each year for release to the wild.