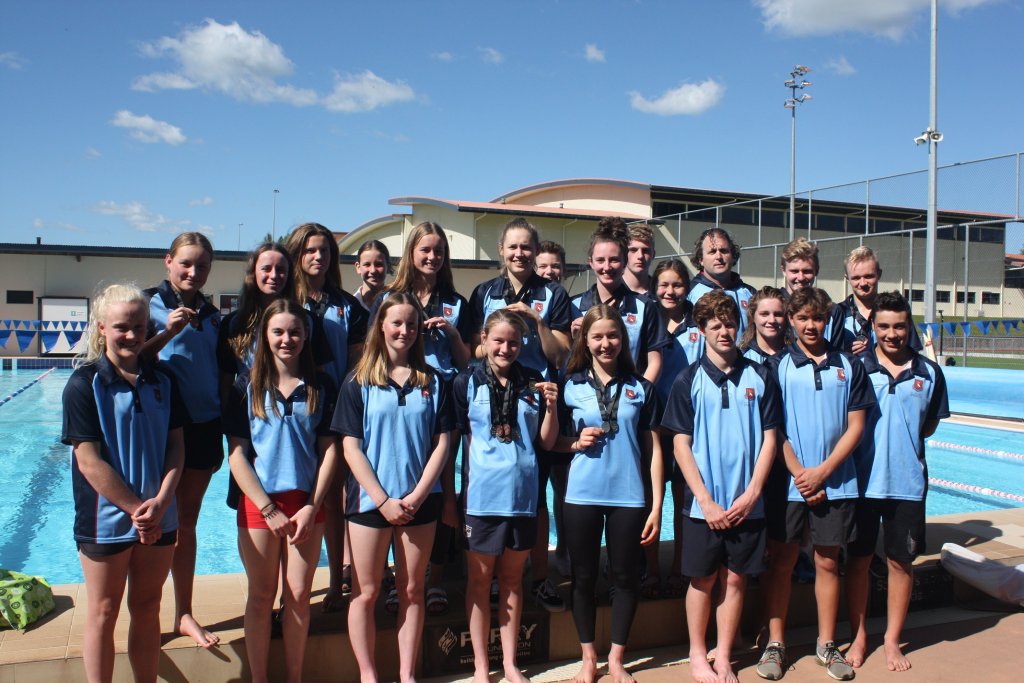 A team of 27 swimmers from the St Peter’s Swim Club brought home fantastic results from the 2018 New Zealand Short Course Championships – so good that open division swimmers Paige Flynn and Vanessa Ouwerhand made it through to the world champs along with coach Carl Gordon, and the team’s 14 year old female swimmers were named best in the country.

The event held October 2 – 6 in Auckland saw the club claim first overall for 14-year-old girls’ points, as well as second overall for points in the open division and fifth for age group points.

Having claimed gold in the 100m and 50m backstroke, and silver in the 200m and 100m freestyle finals, Paige was selected to represent the country at the World Short Course Championships on the New Zealand team, along with St Peter’s swimmer Vanessa Ouwerhand who claimed a whopping six gold medals in the 50m, 100m and 200m butterfly finals for both the 18 year old age group and open divisions.

“It’s always cool to represent your country,” Paige said of the selection, adding that nationals “was just so much fun”. “It was an awesome atmosphere,” she said.

With untouched personal-bests (PBs) across her various swimming disciplines for the past two years, a big highlight of the competition for Paige was beating her PBs in all of her races. “To finally crack some of those barriers was quite nice,” she said, crediting a different mental approach to her swimming. “I just like to see how far I can push myself, and just push myself a little further every time.”

Club swimmer Rylee Britton, among the nation’s best as one of the club’s 14 year old swimmers, brought home a massive seven-medal haul including three bronze medals from the 50m butterfly, 100m butterfly and 100m breaststroke, silver in the 100m and 200m individual medley, silver in the 200m butterfly and gold in the 200m breaststroke. “I was really really happy,” Rylee said. “It was really fun.”

Fellow 14 year old St Peter’s club swimmer Amelia Glover collected three medals, including two golds in the 200m backstroke and 50m backstroke, and silver in the 100m backstroke. “I was stoked,” she said. “Just glad that everything paid off.”

“They were great,” coach Alison Fitch said. “The whole team did really well.”

“To finish fifth in the age group, second in the open, and then to be the top 14 year old girls in the country is pretty good,” added coach Carl Gordon, who will join Paige Flynn and Vanessa Ouwerhand with the New Zealand team competing at the 2018 FINA World Short Course Championships in China this December.

[Text box?] In all, the team collected a massive 41 medals at the championships. They included: