Dozens step out for senior citizens Close to 70 people walked the Cambridge Raceway track to mark the International Day for Senior Citizens.

More than 70 people turned out to the Cambridge Global Walk marking the International Day for Senior Citizens on Monday. 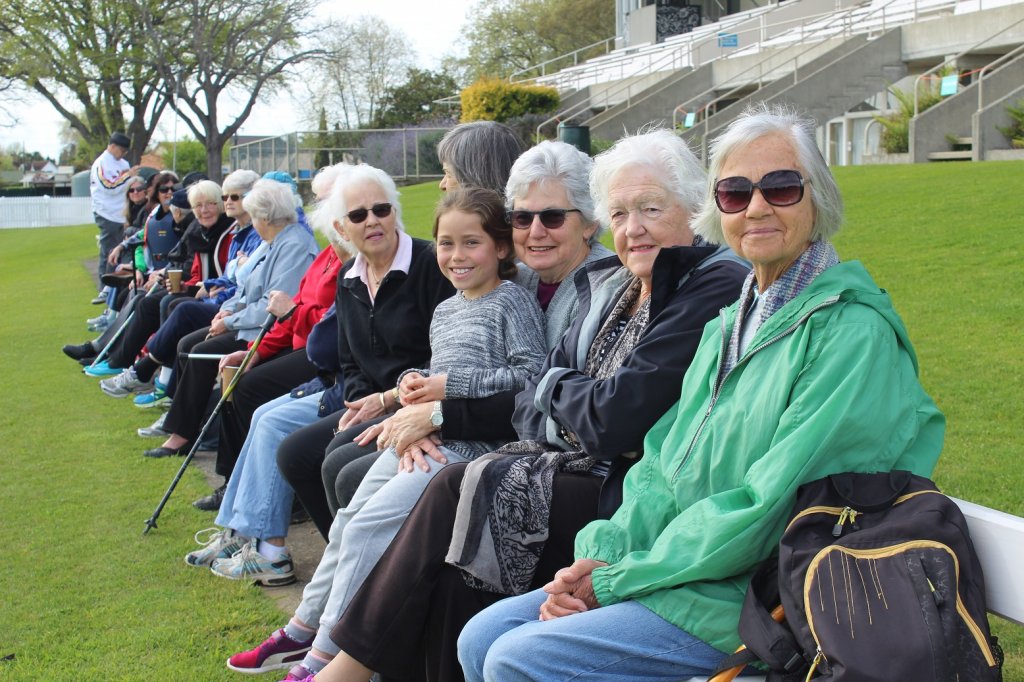 Cambridge Grey Power president Val Massey also attended, noting that the day was for a “brilliant cause”. “We’ve really got to make people aware of the older generation, we’re not so much a burden but an asset, we’ve got a lot to contribute. I think this sort of thing does a good job of highlighting that we are valuable people.”

The event kicked off with a sulky race around the track, with Mike Pettit, Diane Turner, Jim Mylchreest, Darryl Anderson and Gary Edge riding in the harnesses with qualified local drivers. Mike Pettit (front, yellow) waves to the crowd after the sulkies came to a close.

Mayor Jim took the lead throughout most of the race, with Mike Pettit edging close behind in some cases but never managing to take the lead.

Jim said it was “going from zero to hero” after a tyre popped in last year’s sulky race making him unable to finish, and finishing his third annual event was “a real buzz”. 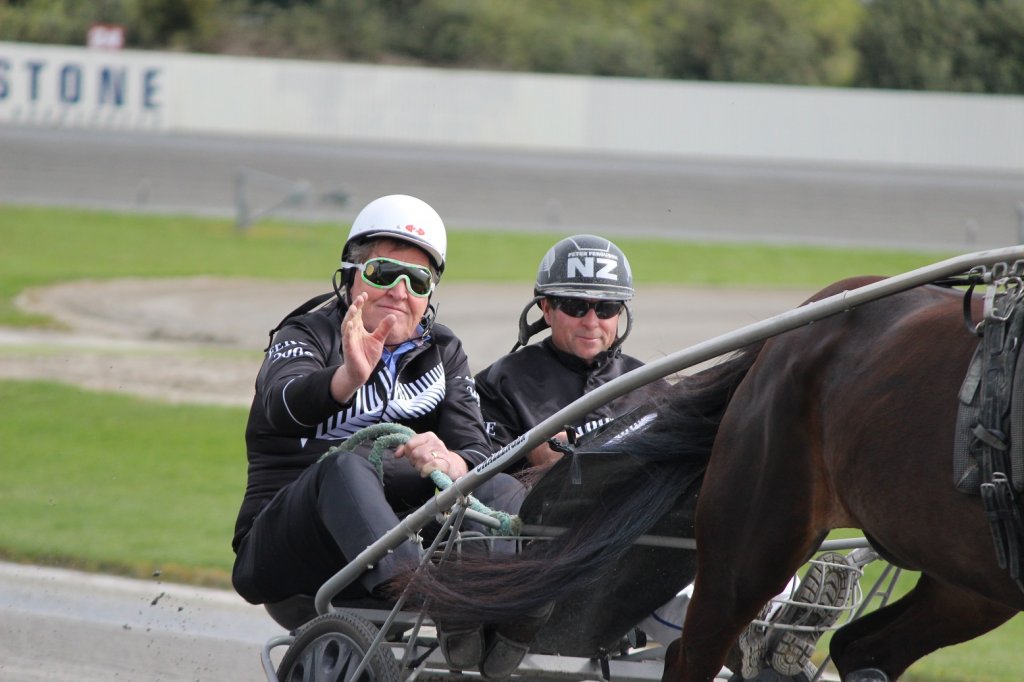 Walkers from Te Awamutu and Morrinsville were in attendance to join the many Cambridge locals doing the Global Walk around the race track.

“Everyone was happy. everyone enjoyed it, it didn’t rain, so it went really well,” said organiser Florence Shearman. “It’s nice to note the value of older people… It’s a celebration of older people worldwide,” she said. Similar events were held throughout the country and the world to mark the International Day for Senior Citizens held annually on October 1 since 1991. A few classic old tunes were played on the day courtesy of local group, Passion.