Te Reo Māori – Give it a go

With last week being Te Wiki o te Reo Māori – Māori Language Week, Claire Robson (nee Castle) went along to Nga Hau e Wha Marae in Leamington to find out how people can get started on their te reo journey. 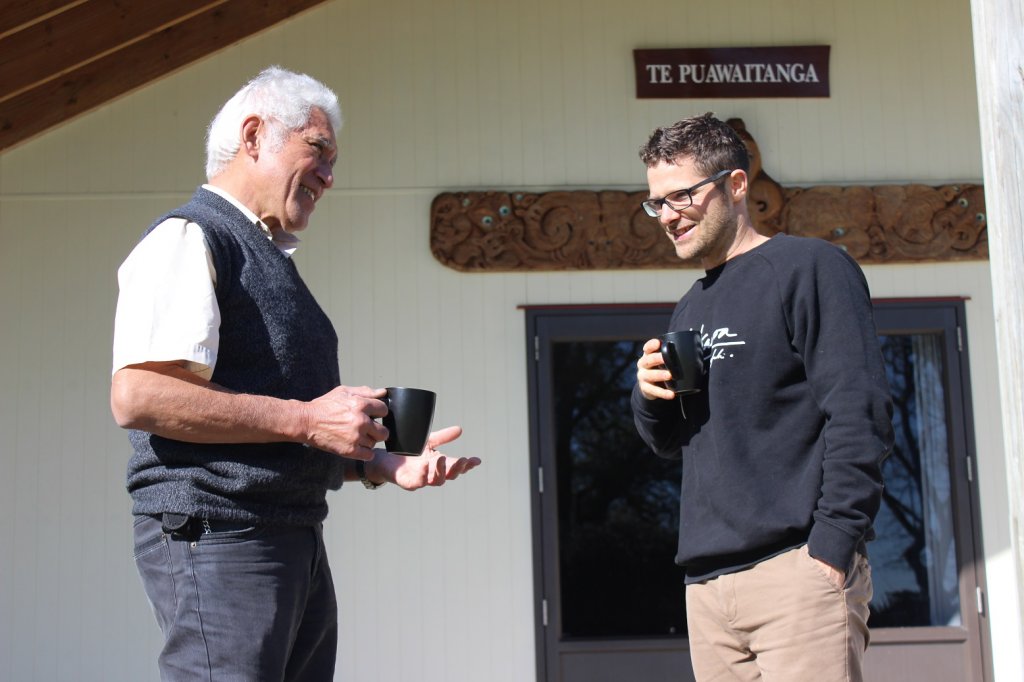 Heading along to Nga Hau e Wha Marae, the Cambridge Community Marae, I was keen to find out how people with limited confidence in their te reo might go about weaving it into their lives more than just for one week a year.

Speaking with Zoë Forrest, the administrator for Mana Hapori, which works from the marae, I discovered there are a number of cool apps that can help people on the journey. The coolest one was Kupu, which was released by Spark in honour of Te Wiki o Te Reo Māori. This app allows users to take a photo of an object with their phone and it will give the Māori word, including pronunciation. Seriously cool and free to download. Zoë also showed me a host of other apps including He Aha Tēnei for kids, and Tipu – a smart way to build on knowledge in short increments of time.

“Instead of going on Facebook while you are waiting somewhere, you can use the app,” Zoë explained. Which is great advice. She also said people who may not be so well-versed in te reo should try not to feel whakamā (embarrassed) if they make a mistake. “We just have to be kind to ourselves,” she said, adding that we need to be open to correction where we get it wrong. “Just step out and do it,” she added. “Our kids are showing us up and it’s up to us to lead the way for them.”

That’s a sentiment shared by Wayne Morris, Te Tairāwhiti (Ngāti Pourou and Te Aitanga a Māhaki), Kaiako (teacher) at the te reo classes run at the marae, who said he didn’t want his mokopuna (grandchildren) to leave him behind. “That’s why I’m on this journey,” he explained. Also on the journey is te reo course graduate Dave Maugham, who did the beginner’s class run at the marae early this year. As well as learning to do his pepeha, Dave said he also learned a lot about the Māori culture from the course. “It helped dispel some wrong understandings,” Dave said. Because we can all do with more of that, I reckon.