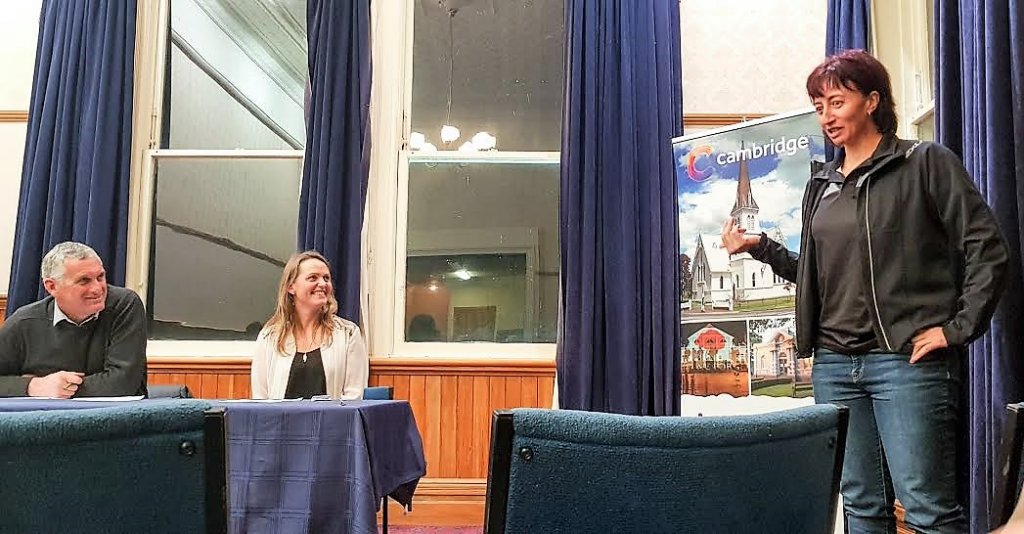 Speaking at her first Destination Cambridge AGM, held in the town hall last month, she said many major events were planned for Cambridge in the coming year.

“They will put us on the map even more,” she said. “There are so many potential opportunities and avenues to promote Cambridge and develop new tourist products and markets. All opportunities need to be looked at with sustainability in mind and retaining our uniqueness.”

Miff said Destination Cambridge was incorporated in March 2017. The move to become a destination tourist organisation had re-focused their efforts from that of service to one of positioning the town as an attractive visitor destination; relationships had been further strengthened throughout the past year to advance that position.

The ongoing promotion of Cambridge through i-SITE had brought almost 39,000 people through the doors – or over 100 a day – during that time, she said, and a new Destination Cambridge website went live in September last year.

Further online developments are underway: “We plan to develop the social media space in such a way that it is directed to our target market.”

Miff said revenue through i-SITE over the past 12 months had been similar to that of the previous year, despite several major events being held locally during the previous year. Feedback also suggested there was greater customer satisfaction. Other plans are to make broader use of the remote Destination Cambridge kiosk which has already been seen in action at various major events, she said, and other i-SITE applications of technology would be useful.

Liz outlined Mighty River Domain’s development as a successful functions venue and gave a run-down of new events coming in 2019. She said the Don Rowlands Centre, initially earmarked as a gymnasium but later turned into an events centre, has five conference rooms available for functions.

“There is a conference or corporate function going on every day. We can hold up to five a day – and we do that sometimes.”

Maree, whose role sees her work out of the Avantidrome, said the facility had really “put Cambridge on the map”.

“The Avantidrome caters for a whole range of people – not just the high-performance athletes.  It is a tremendous asset for Cambridge.”