St Peter’s School’s First XV featured on the Rugby Channel recently when they went up against Feilding High School in the semi-final of the Central North Island Championship.

The closeness of the game was perhaps best illustrated in the dying stages. Three times St Peter’s were held up over the Feilding line as they pushed relentlessly for victory, but unfortunately it was their opponents who claimed the win 15-12.

The first twenty minutes were quite even. Feilding landed the first blow after 15 minutes when halfback Connor McEldowney dummied and darted over from close range following sustained forward pressure. St Peter’s opposite Cameron Roigard responded in identical fashion for the visitors five minutes later. Cam Roigard kicks the ball down the line.

Layton Manuel might have been left to rue his four missed kicks, but a penalty he landed just before halftime nudged Feilding into a 10-7 lead.

It took 18 minutes for any points to be scored in the second-half, but then a left-foot step by Feilding centre Josiah Makaku saw him take the ball to the line with authority, his quick feet opening a rare hole to boost the score to 15-7. Roigard made a second try with ten minutes remaining. 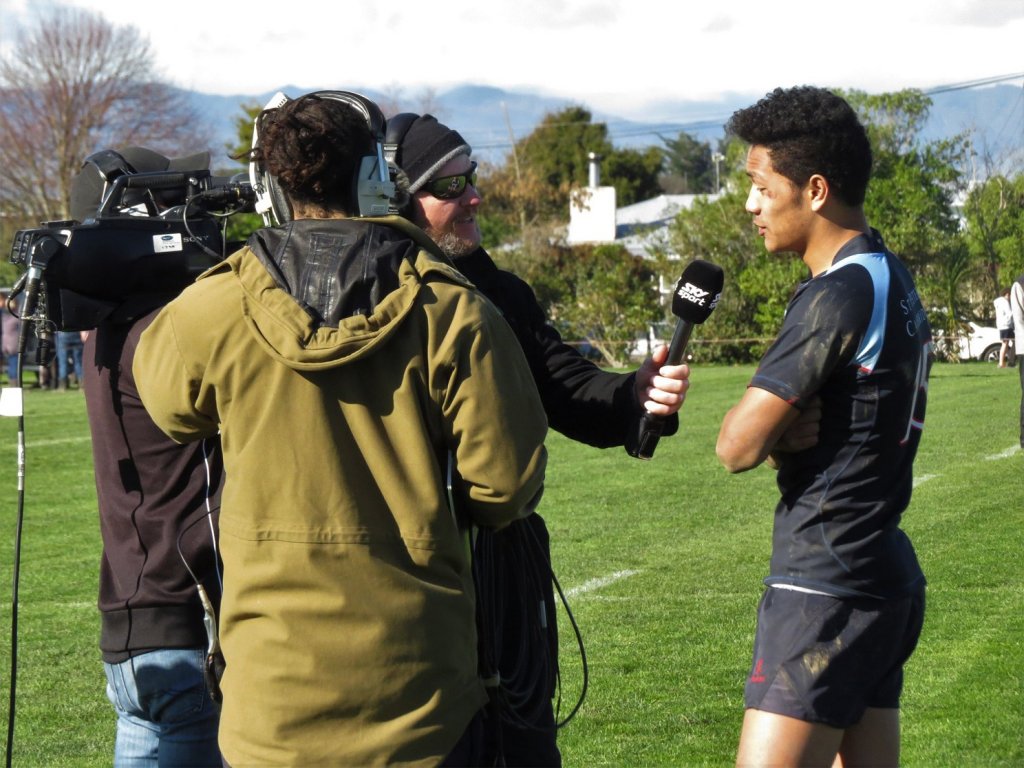