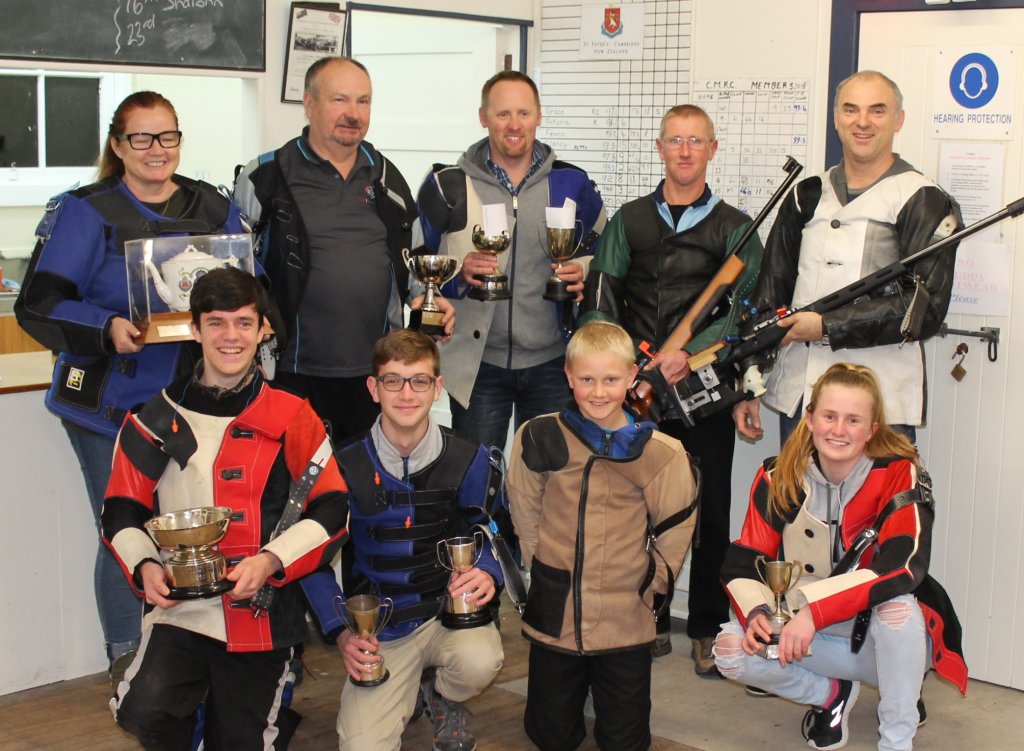 Nine shooters from the Cambridge Miniature Rifle Club competed in the Waikato Open and Closed competition in Te Puke recently. The diverse group of guys and girls, from teens through to seniors – some of which were competing in their first competition – finished up the event with a very healthy collection of trophies.

Brad Pierce, Liam McDonald and Mark Lane took out first, second and third in the B grade, Samuel Wilde placed first in the C grade, and Abby Pierce and Sharonn Pirie placed first and second respectively in the D grade.

Having taken home three of the team trophies last year, this year the club brought home four of the five available – in the A grade (Glen Brownlee, Brad, Mark and Hugh Allison), B grade (Mark, Hugh, Liam and Samuel), C grade (Samuel, Nathan Allison, Sharonn and Abby), and in the combined teams grade took out both first and second – Glen, Hugh, Sam and Abby first, and Mark, Liam, Sharonn and Nathan second.

“Fantastic effort by all our members, particularly the new and first-time competitors,” said the club’s president Glen Brownlee.

The shooters are now preparing for the South Waikato Open combined with the National Indoor Champs on August 4.