This reference to the Bennett family name is among many historical records in David’s home. Through its many threads, the name Bennett means “blessed”.

Whichever way you look at it, 50 years or half a century is a significant landmark – be it in a career, a marriage or in any form of partnership. In Monsignor David Bennett’s case, it’s a little of all three.

Last month marked the 50th anniversary of his entry into the priesthood, the commemoration of his ordination as a Catholic priest at Auckland’s St Patrick’s Cathedral on June 28, 1968. He was a fine-looking man of 25 back then; now he’s a silver fox, happily retired in the company of his devoted Swedish Vallhund, Aneke.

Casting a glance back in time, it’s probably inevitable that David entered the church – the only question at the time might have been “which one?”.

His grandfather, Bishop Frederick Augustus Bennett – born in Rotorua in 1871 to parents of Maori/Irish descent – became New Zealand’s first Anglican Maori Bishop in 1928. Family records tell of a much earlier Bennett Methodist minister in Ireland, and out of Bishop Frederick’s 19 children born across two marriages, one became the Anglican Bishop Manuhuia ‘Manu’ Bennett. He was David’s uncle.

David himself was born and educated in Hamilton in 1943, a ‘delicate baby’ whose family home was shared with several boarders, Māori nurses working at the hospital. After his mother died when David was still very young, his father remarried, and one of their sons went on to become a Baptist pastor in the United States.  In encouraging the young David to accompany her to church, it was perhaps his Catholic stepmother who sparked a shift away from his Anglican heritage.

“I suppose you could say the church was in my DNA. My middle name (Tiwha) loosely translates to ‘sign of the heavens’ and I used to ‘play church’ as a child,” he said. “Certainly, I’ve never regretted the path I chose, and my family has always supported it.” 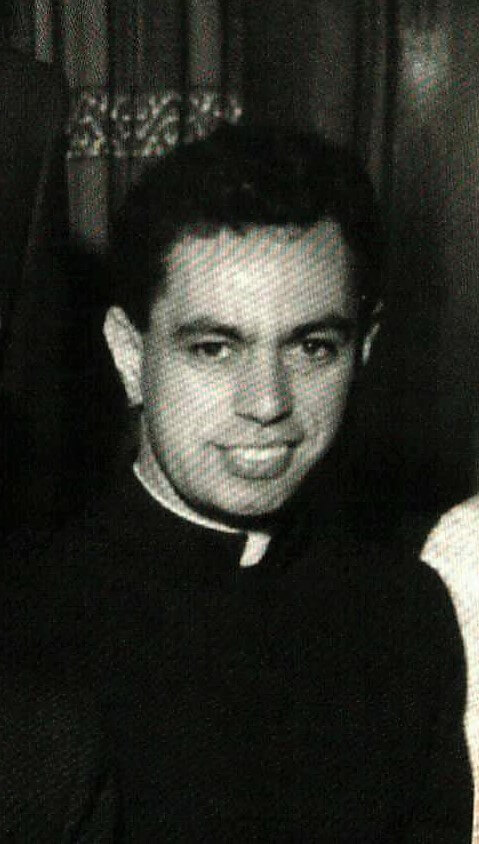 A much-younger David Bennett during his early years in the priesthood.

After three years at the Holy Name Seminary in Riccarton, he went on to complete a theology degree at the Holy Cross College in Mosgiel.  He later returned to the College, taking up a teaching position in an environment which saw Presbyterians, Anglicans and Catholics attend lectures together, further encouraging the ecumenical principles he still espouses today.

After his ordination, David served in parishes in Auckland, Rotorua, Tokoroa, Te Awamutu, Hamilton and Cambridge.  He both ministered and taught seminary students at Mosgiel and travelled widely. He’s a great admirer of the Catholic church’s strong ethos and has high praise for Pope Francis, a man he describes as having ‘a lovely touch’ with people around the world.

Cambridge knows David through his 13 years at St Peter’s Church. Now fully retired, he catches up with parishioners at church when he attends weekend mass. But as the established Bennett family historian, he keeps busy with that – and with Aneke – basking in the prime view he enjoys from his Resthaven cottage.

“You see,” he smiled, glancing skywards. “It pays to have friends in high places.”