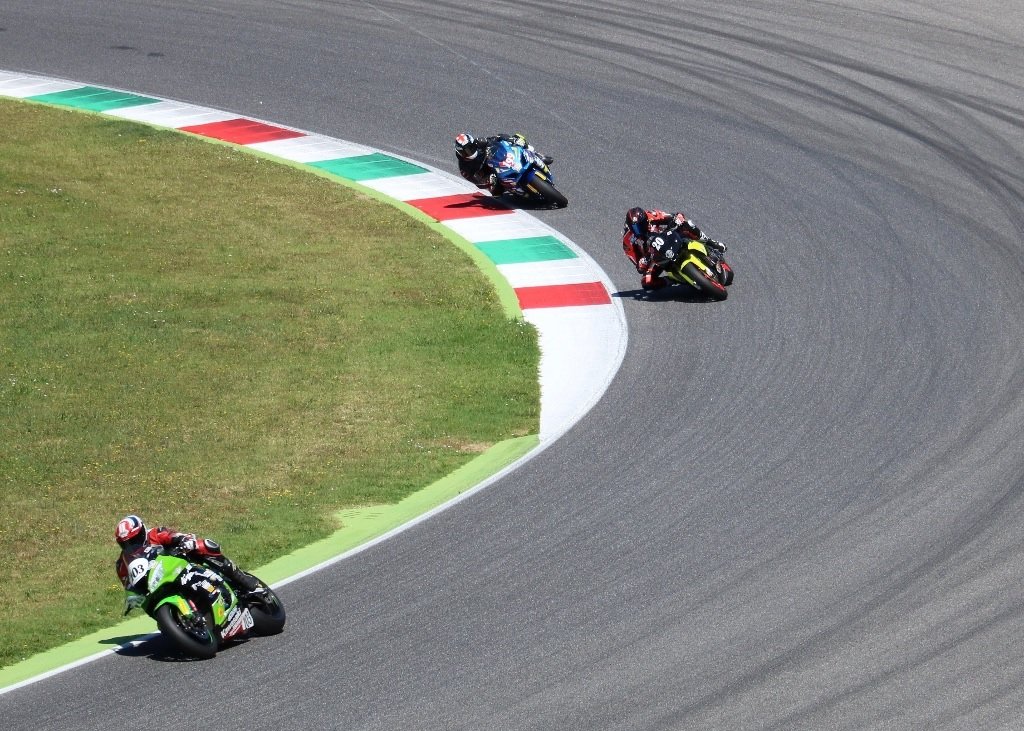 Dillon Telford has finished up the first round of the Italian Superbike Championship series at Mugello just outside the top half of the pack.

Local superbike rider Dillon Telford has completed the first round of the Italian Superbike Championship series with a promising placing to start the season.

Back at the lucky Mugello circuit where Dillon won the wildcard round last year, the racer managed to secure a 25th start position after the qualifying rounds, where just a few milliseconds separated him from the top 15. Despite having the lowest-horsepower bike in the field, he managed to finish 22nd out of the 40 riders. Dillon Telford and Jo Taylor ahead of the first round at Mugello, pictured with the Gabro Racing team.

“Considering we were down on horsepower it was a great result,” said Dillon’s partner Jo Taylor, who handed in the reigns as his lead mechanic in last year’s series, this year taking on the role as manager and PR extraordinaire. “It was great in some ways that the bike was underpowered, as that meant Dillon had to ride harder than he ever had before and find the max limit, but not throw the bike down the track in the process. There was no possibility that the bike could be ridden any harder.”

This year Dillon is racing with the Gabro Racing team – whom he won with at Mugello last year – riding a 2011 Aprilia Tuono V4 with 1000cc, up against the world’s best superbike riders with 24-horsepower superbikes (thanks to corporate sponsorship).

“The field is much faster than we had predicted when reserving our spot in February, but this makes us fight harder,” said Jo. “It’s so impressive to watch him come from 70m behind the lead rider and still make the corner to take the position in frontback, it blew a few people’s minds watching it, it secured his name of the ‘Fast Kiwi’.”

Towards the end of round two, a rider “high sided” his bike right next to Dillon (where the rear wheel loses and then regains traction, causing the bike to torque and flip the rider) – the bike went above Dillon’s head and landed vertical next to him, but luckily not into him. But it didn’t deter the Fast Kiwi, increasing his pace in round three to complete a 1.57.6 lap, his fastest so far.

At one point in the next round, Dillon thought he was a goner when his bike’s rear slid out in a high side, throwing Dillon up and over the handlebars, staring down at his front wheel. “Somehow he managed to save it and continue the race, but it caused a few riders to pass,” said Jo, who figured the higher handlebars of the Tuono stopped him from departing with the bike. “It was a lucky save, and he was able to fight back with riders through the circuit.” Dillon Telford races through the track in 36-degree heat.

“The Gabro Racing Team is very pleased with the results and we can’t thank them enough for giving us this fantastic opportunity to ride for them,” said Jo. “We will help the team out in the following weeks to build up their 1100cc motor, in hope this will bridge the gap closer to the leaders.

“We are heavily disadvantaged with only seeing these tracks for the first time last year, and not having the huge financial backing this year and nothing left to sell… We are ever so grateful to everyone who has joined our patreon.com/tr20 webpage to assist with our team funding here.”