Morning tea ‘thank you’ to volunteers Twenty two volunteers were recognised for their efforts thanks to Sport Waikato.

With volunteer week running from June 17 to 23, Sport Waikato held a special morning tea last Monday to recognize some of the fantastic volunteers that serve our local community.

NZ Parkour CEO and volunteer Damien Puddle spoke at the gathering at Sport Waikato’s Dick St premises, before local cycling legend Sarah Ulmer handed out certificates of appreciation to the several Waipa volunteers present, recognized for the free or low-cost groups and classes they run in the community.

“We had such a fun morning,” said Rebecca Foy, Waipa district coordinator for Sport Waikato. 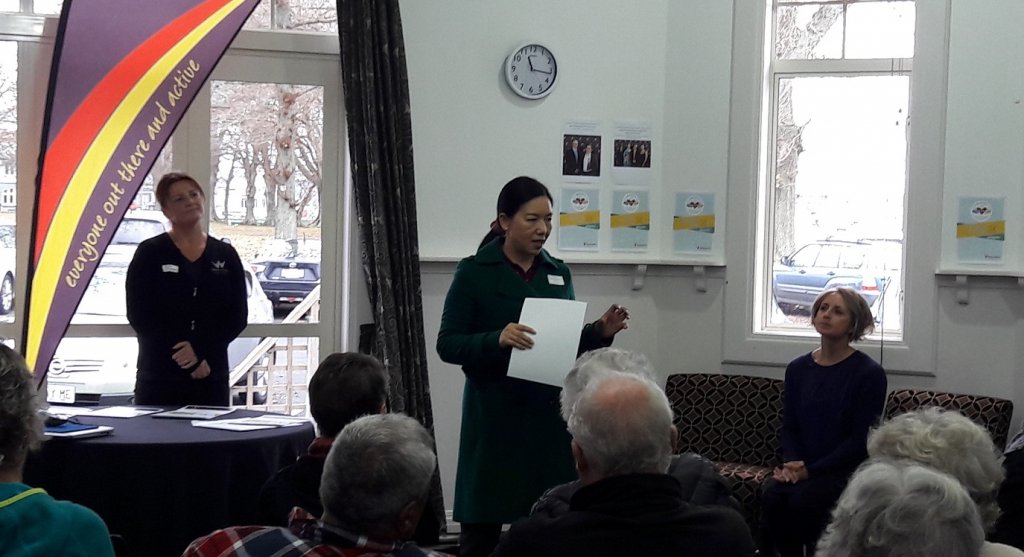 Local volunteer Jade He, who runs Tai Chi in the Park every Tuesday morning at Victoria Square, spoke to the audience of volunteers and their supporters.

To find out more about free and low-cost exercise and recreational groups in Cambridge, contact Sport Waikato on (07) 823 2510.