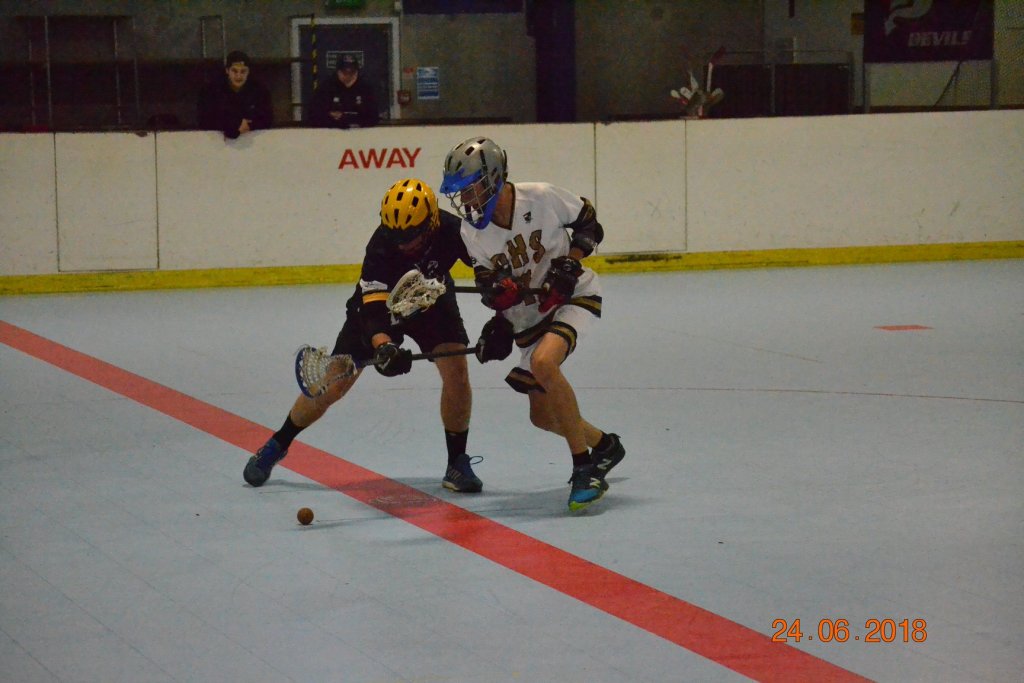 Captain Damian Leech (in white, no 7).

Cambridge High School demonstrated their tough resilience when they went up against Hillcrest on the weekend. The Hillcrest team’s absence of any subs wasn’t a problem as the athletic senior players presented solid stick handling skills. This meant it was an incredibly tough game for Cambridge High, worsened by a significant height differential, but to their credit the CHS lads played their hearts out.

The final score was 8-4 to Hillcrest, but coach Anthony Murphy said he couldn’t be happier with how well the young players defended. “It reminded me of Goliath and David to see some of our smallest Year 9 players holding Hillcrest’s taller players at bay,” Murphy said. “You have to lose to know how to win and the game on Sunday helped highlight areas of play for us to improve before we face Hillcrest again later in the season.”

Player of the Day went to captain Damian Leech, who led by example and was an “absolute rock” in defence. “Many times Hillcrests best players would try to dodge past Damian and he held his ground every single time, never giving them an inch,” said Murphy. “When this frustrated them and they gave him grief he ignored it and kept his mind on his own game, really setting the example for how I expect my players to conduct themselves.”