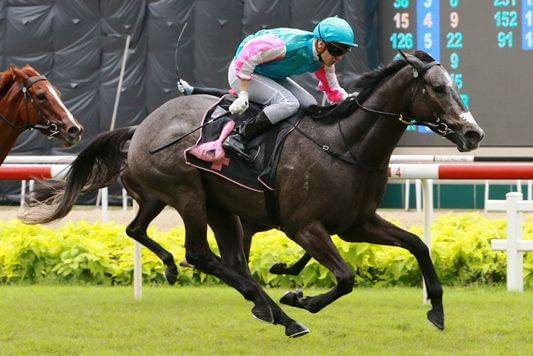 Former Cambridge trained and unbeaten Heartlight continued his winning ways in impressive style with a debut victory at Kranji on Sunday.

When Heartlight was racing for Cambridge-trainer Stephen Marsh, he was known as Crossedem. The three-year-old son of Any Suggestion won his only start in New Zealand, the Avondale 1200m in November 2017 before he was sold to Singapore.

In Singapore he is known as Heartlight and is trained by Te Akau’s Mark Walker. Throughout his preparation in a new country, Heartlight has continued to show that he has not lost any of the potential he showed with Marsh. He fought through the Class 4 Non-Premier field over 1200m and worth $45,000 in 1 minute and 10 seconds with jockey Vlad Duric aboard.

“He did everything right today and he got a gun ride from Vlad,” Walker said.

Heartlight and Vlad got to the outside at the home turn before pulling away to win by one-and-a-half length from underdog Paragon Star and the well-backed Gain Eclipse in third place almost two-lengths away from the winner.

“I think he was in a weaker Class 4 race, but still, it is always hard to win first-up,” Walker said.

Heartlight’s new connections, the Better Times Stable are impressed with him and he brought home his first winning cheque for around $25,000.

“He’s a lazy horse in the morning,” Duric said. “But Mark told me he won his race in New Zealand very impressively. He gave me a beautiful ride right through.

“He’s got a nice future here.”