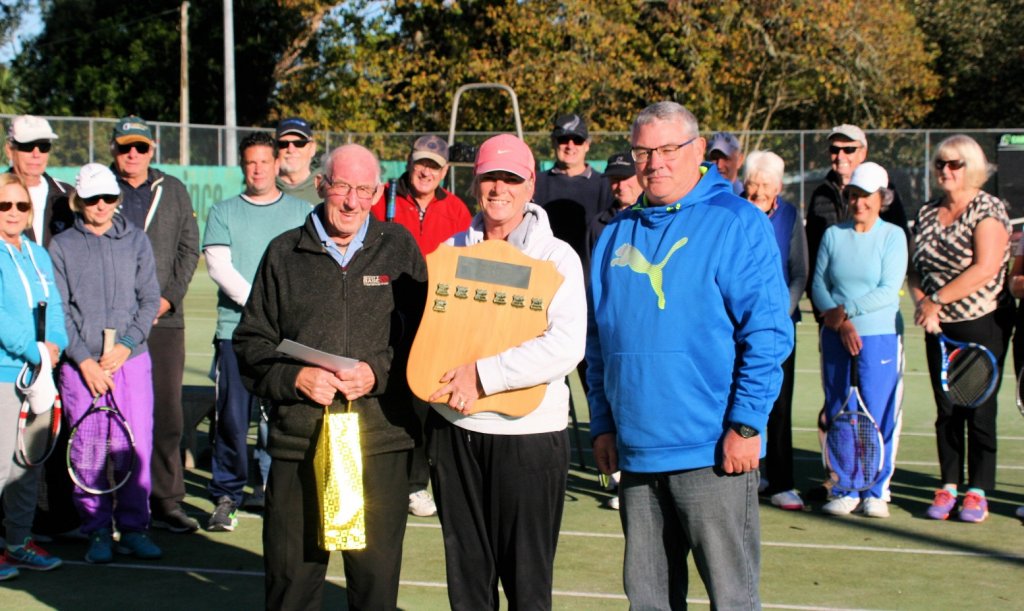 Club manager Wayne Peterson said, “We have a great club, with an awesome club feeling, and there is a team of dedicated members who make our club work. Neville Hollands is one of those unsung club heroes who rolls up his sleeves and gets things done.”

Neville has been an active tennis member at the Cambridge Racquets Club since joining in 2013, and has played tennis since the early 1950s, holding key committee and playing roles in his home club, Riversdale Tennis Club of Central Otago. “The maintenance of the club comes down to a handful of keen club members, and Neville is one of the keenest,” said Wayne. “The club’s lawns are always kept tidy and mowed by Neville. Tennis court gutters are regularly cleared of leaves and other material after big storms. The popular Wednesday club mornings are run by Neville. Need someone to man the BBQ, help with a club tournament, touch up a paint job, Neville is the man! He is a very popular club member who always has a smile on his face and at a drop of a hat will help out at any club event or duty around the club.”