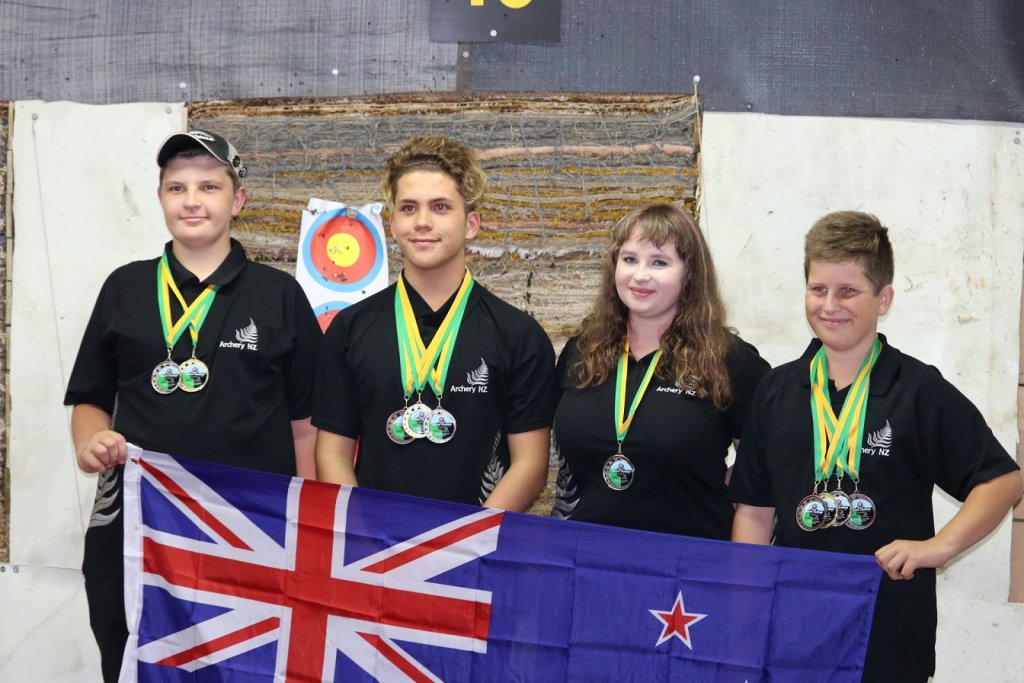 Four members of the local Lakeview Archers club have returned from the recent Trans-Tasman Archery event in Australia with an excellent collection of medals.

The bi-annual competition was held in Morwell, Victoria, over four days in mid-April, where 24 Kiwi archers took on 42 Australian archers, all aged under 20 years.

After a practice round on day one, day two saw competitors shoot a 72-arrow round in the morning, where Cambridge’s Levi Wesford kicked off the Lakeview medal collection, gaining gold for the cub male compound division, followed by Andrew Syme nabbing bronze in the intermediate male compound, and Abigail Denton silver in the junior female compound division.

Individual matchplay events kicked off that afternoon, continuing through to the next day, with very close competition calling for several one-arrow shoot offs. Here Levi added to his medal collection with bronze in male compound division 2. The competition then moved into matchplay, where a team of three Lakeview boys missed out on gold by just two points.

The Lakeview team of Ben Trim and Andrew Syme then competed in the final event to shoot a perfect score of 160 points, equalling their opposition team into a final shoot off, where they took the gold medal. As a mixed teams event, Levi also competed alongside Australian archer Rory Blake, and together they won bronze to bring Levi’s medal total to four.

As the event wrapped up it was announced that the Australians had managed to hold the Trans-Tasman trophy again, though the difference in scores this year was a lot less than the previous 2016 event in Christchurch.