This year’s Anzac Day ceremonies saw the end of firing parties in Cambridge and was the chance to award the man behind them, Merv Balloch, with a Community Service Award.

While the public enjoyed the customary free breakfast of sausage rolls, chips and sandwiches downstairs at the Prince Albert after the Dawn Service, Merv and other guests from council and military gathered upstairs. The first order of business was the award, presented by community board chair Mike Pettit in recognition of Merv’s lengthy contribution to Cambridge.

The D Company 6th Battalion (Hauraki) was the official firing party supplied to Cambridge for many years, with the battalion officially adopted by the Cambridge Borough Council in 1983 – the first regiment to be adopted by a town in New Zealand, Mike told the gathering. When the defence force stopped supplying a firing party to Cambridge in 2003, ex-sergeant Merv and other ex-Hauraki Regiment soldiers volunteered to keep it going. The town’s last firing party, led by Merv Balloch, did the honours at the 2018 Dawn Service and the 9am service.

This year, marking 100 years since the end of WWI, seemed like the right time for the band of volunteers to retire from duty after 15 years of service.

“The town through the Cambridge Community Board wish to acknowledge the contribution you have made and will always be indebted to you,” Mike said, and acknowledged the other participants over the years. Not one to give up, he also jokingly invited Merv to the Anzac Day debrief on May 7, where the challenge of retaining a firing party would be top of the agenda. 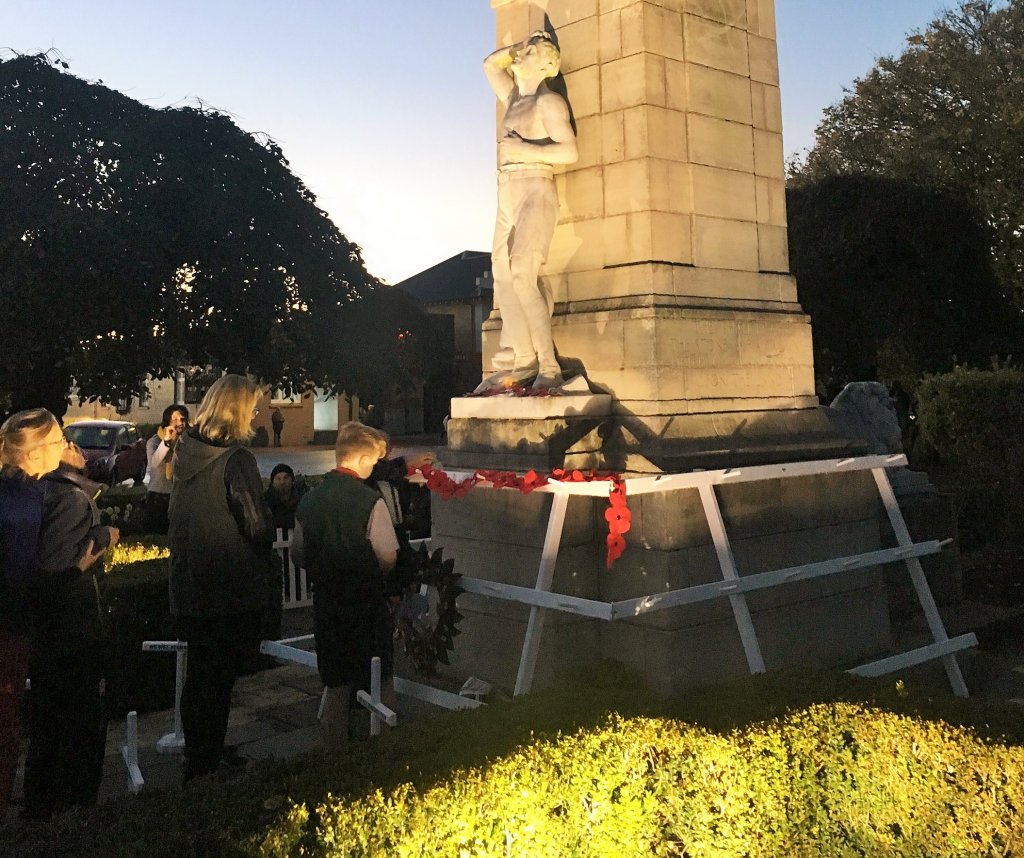 Members of the public lined up to pay their respects at the cenotaph this year, with many leaving a red poppy in remembrance.

“Merv, we wish to recognise that without you, the driving force, the leader, main organiser, the “glue”, that has allowed our town to have a firing party at the Anzac services,” Mike said.

“The town salutes you.”

Upon receiving his award, Merv was quick to pay tribute to the others who had joined him in the firing party over the years. He also thanked the New Zealand Police, without who’s help the gunshots in a public place would not have been possible.

“I am humbled by it (the award),” he concluded.