Health WOF gets thumbs up The men’s health event on March 16 was well attended by men of all ages.

The March 16 Men’s Health Event at Cambridge Baptist Church has been given a firm “thumbs up” from all those concerned.

A total of 125 men used the health event’s “warrant of fitness” card, 25 more than had used it during the previous event at the same venue in 2016.

Organisers Delia Edmeades and Helen Vaughan said they, together with “an enthusiastic team of helpers”, were also very pleased with this year’s event. They said a group of men were waiting to enter when the doors opened at 10am, and the rush didn’t die down until about 12.20pm. 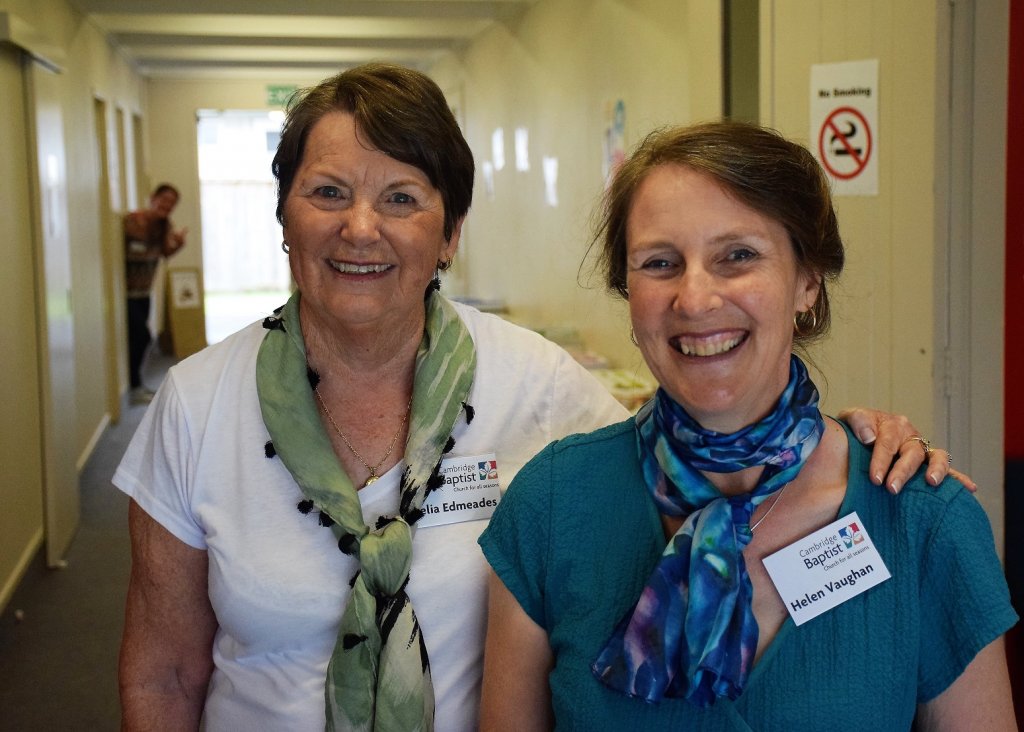 Event organisers Delia Edmeades and Helen Vaughan were delighted with the turn-out.

One of the doctors who offered their services, Dr Peter Tribe, said: “Men continue to have poorer health outcomes than women. In New Zealand, life expectancy at birth was 83.2 years for females, and 79.5 for males, based on death rates between 2012 and 2014. This men’s health event has contributed to improving outcomes and decreasing this gap.”

There were 18 groups present, in addition to the general practitioners, and just over half of those who provided screening picked up something that needed referral for further investigation.

An evaluation survey sent to the health event’s collaborators also returned a positive result, with 75 percent of them describing the event as “excellent” and the remainder saying it was “very good”.

Health providers reported attendance by a cross-section of the local male population – young and old – and many whose wives came along in support. Those taking part also voiced their appreciation of the Baptist Church’s outreach efforts and said they had been pleased to have been a part of the event.

One of those present was Charles Gower, Waikato advocate for the Nationwide Health and Disability Advocacy Services. He said it was “very positive” to see so many men coming into the event to get information and check their health status and said the range of both professional and support groups on hand was impressive.