An e-waste collection in Te Awamutu diverted more than 2,450 appliances from going to the dump.

The early March collection was organised by The Te Awamutu Community Board and Waipa District Council, and CCB chair Mike Pettit said the possibility of holding a Cambridge equivalent was raised at last week’s meeting. 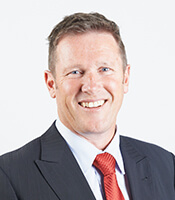 “We are gathering information and will be putting a plan in place to hopefully do something similar over here. The scale in Cambridge is something we need to make sure we cater for and get right,” he said.

Thanks to the Te Awamutu collection, more than 2,450 appliances destined for the dump can instead be stripped down into individual parts and processed into products ranging from bathroom tiles to plastic piping. Some components, like copper and gold from circuit boards, are recovered for re-use.  The work is undertaken by the South Waikato Achievement Trust which provides employment for disadvantaged people.

On the day, people brought along 961 small appliances (toasters, jugs etc), 159 printers, 546 assorted televisions, five large photocopiers and 81 microwaves.  There were also more than 60 mobile phones, 57 laptops and even an exercycle.

Waipa District Council’s waste minimisation officer Sally Fraser said the Te Awamutu event cost around $22,000 to run and money collected – anything with a battery or a plug could be handed in for a $5 or $10 fee – came to nearly $8,000. Te Awamutu Community Board contributed $7,000 with remaining costs picked up by a government waste levy fund administered by the council.