Left to right: Steve McMurray, Mel Martin and Janine Swainson were part of a talented cast of Hamilton and Cambridge actors in Twelve Angry Men at the Gaslight Theatre. Photo – Peter Tait.

The realities of a jury’s duty, and the question of ‘what is reasonable doubt?’ leaves audience members in contemplation after viewing the Gaslight Theatre’s latest show, Twelve Angry Men.

It’s got a little bit of everything – drama, suspense, comedy, and a hint of “whodunnit”, as a room of twelve jurors shift from a 12-to-one case of “he’s guilty”, to a grey area of questionable doubt. Locked in a room to deliberate, jurors get at each other’s throats, in one case with a knife, as they wrestle their way to a verdict.

“Nearly 70 years after it was written, a lot of the points are the same, reasonable doubt always has to be clarified,” said John Kellehar, one of the Cambridge actors in the show. 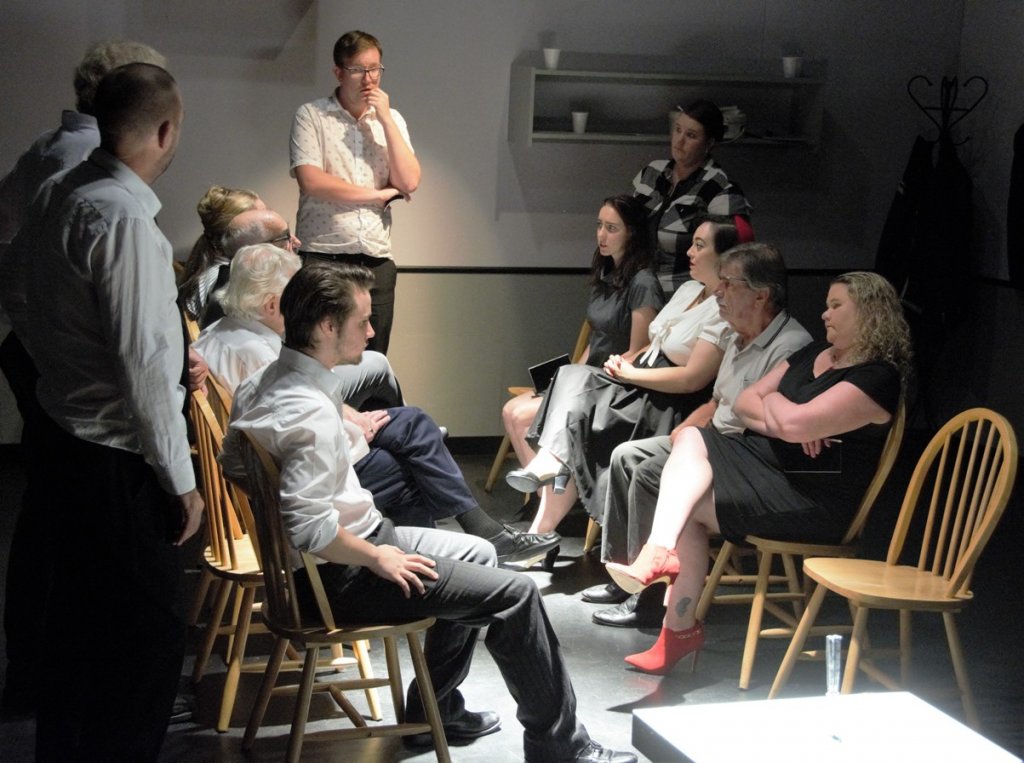 “It’s one of my favourite films ever, it’s been on my bucket list of plays to do for the last ten years,” said Barlow. “Initially we were never going to be able to do it here, because normally getting men for Cambridge theatre is quite slim, so I talked to the Cambridge Repertory Society and we opened it up for women too, which has been really quite handy, because I ended up with a large audition, 30 people, I think the largest they’ve had for Cambridge Repertory ever.”

The play is quite different from others, set completely in the jury room, with all actors on stage the entire time – the equivalent of an acting marathon. But the cast pulls it off brilliantly in what many would consider to be a must-see show. It’s on at the Gaslight theatre for the final shows this weekend, tickets at eventfinda.co.nz or Paper Plus Cambridge. Congratulations to Derek and Louise Allen who won last week’s ticket giveaway.