Rifling through Hospice shops for fashion 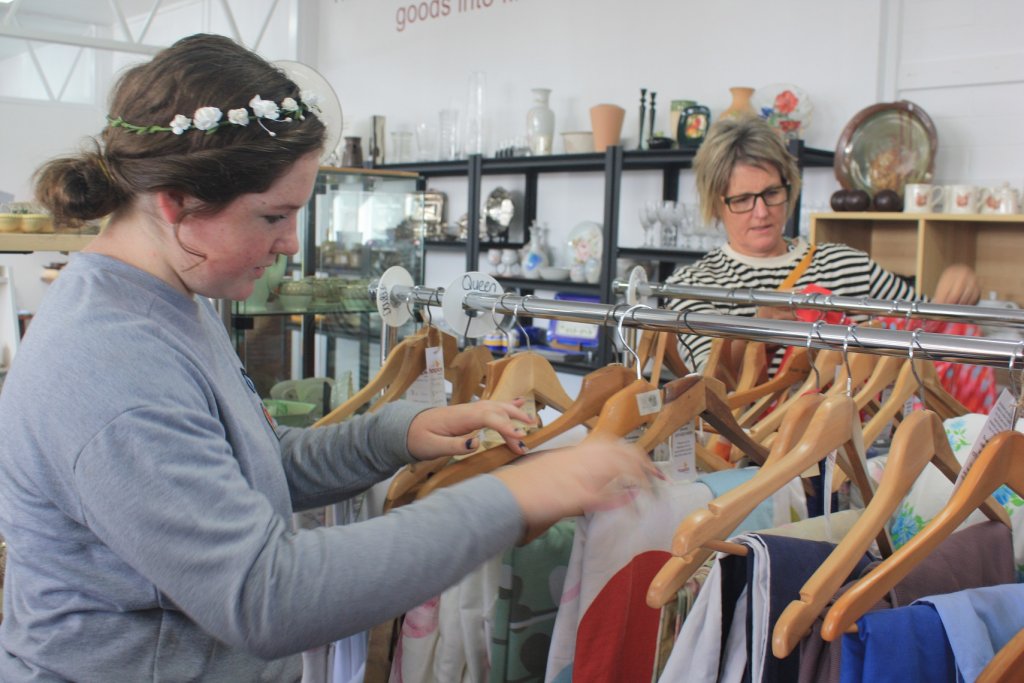 Mother and daughter Carrie and Grace Andrews have been hunting through Hospice shops for items and materials to create their entries in the RECREATE section of Fashion Over a Teacup.

Fashion Over a Teacup will return to the Cambridge Town Hall on April 8 as part of the Cambridge Autumn Festival running from April 7 – 15. This year the competition includes an all new feature, RECREATE, where amateur designers create their own fashion ensemble using items from Hospice Waikato shops.

“This is the first time we’ve done RECREATE, which we’re hoping is going to become quite a significant brand for us as well,” said Jane Burgess, chairperson of the Hospice Waikato events committee. “It’s brand awareness for Hospice, a lot of people don’t actually know what Hospice is all about,” said Jane, explaining that the service covers the entire Waikato region, and helps all those suffering from terminal illness, not just cancer patients, along with their families, at no charge. “And it’s a fundraiser… It’s two million dollars a year that they have to fundraise to keep those services going.”

Entries for the competition closed earlier this month, with 34 people signed up to take part. “We’re really excited about the response,” said Jane. “There’s a community out there that really enjoys it.”

Mother and daughter Carrie and Grace Andrews are each entering their own pieces in RECREATE, they were both about half way through finishing their entries last week.

Carrie said for her it wasn’t really about competing. “All I’m interested in is actually having the chance to play and do something within the deadline, otherwise I wouldn’t be doing it,” she said. “In my busy little life, deadlines are really good. It’s a chance to say ‘okay, I’ve got until then to do it’, otherwise I just shelf things, so this is great. I’m not so into the modelling part, but I really like the challenge of finding and putting a creative spin on it, I think it’s awesome.”

Grace has inherited her mother’s creative genes, and also loves the creative motivation that the competition brings. “We’ve always been creative, there’s no other way to live.”

Fashion Over a Teacup takes place on Sunday, April 8, starting at 2pm in the Cambridge Town Hall. Tickets are $50 which includes a glass of bubbles and high tea, available at Paper Plus Cambridge or hospicewaikato.org.nz.