The Cambridge Volunteer Fire Brigade, St John and the Westpac Rescue Helicopter were put through their paces last week, staging a rescue exercise behind the Gaslight Theatre on Alpha St.

The scenario saw two injured actors 20 metres apart down a bank in thick bush, both unable to move and needing to be stretchered out, one with spinal and leg injuries and the other with lower leg injuries. Ambulance crew and the fire brigade worked together to retrieve the men, while a landing site was organised for the chopper in the clearing beside the Gaslight’s car park. Organiser senior fire fighter Simon Barton said the last chopper exercise had been held two years ago, adding that Cambridge’s proximity to the hospital means use of the rescue helicopter will normally be unlikely.

A small group of curious onlookers got to check out the chopper close up, while the men were being retrieved. The men were stretchered to safety, with the more seriously-injured patient taken all the way over to the helicopter for a practice loading. 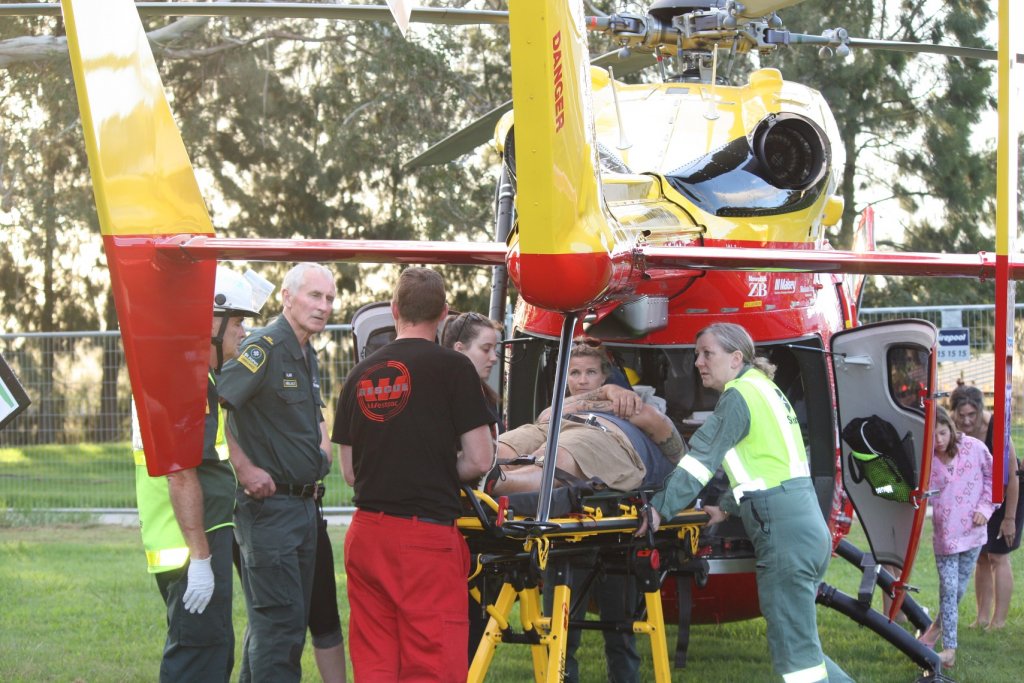 After a talk from Bremner the exercise was over, and the emergency services dispersed, with the fire brigade heading back to the station for a BBQ and their own debrief. 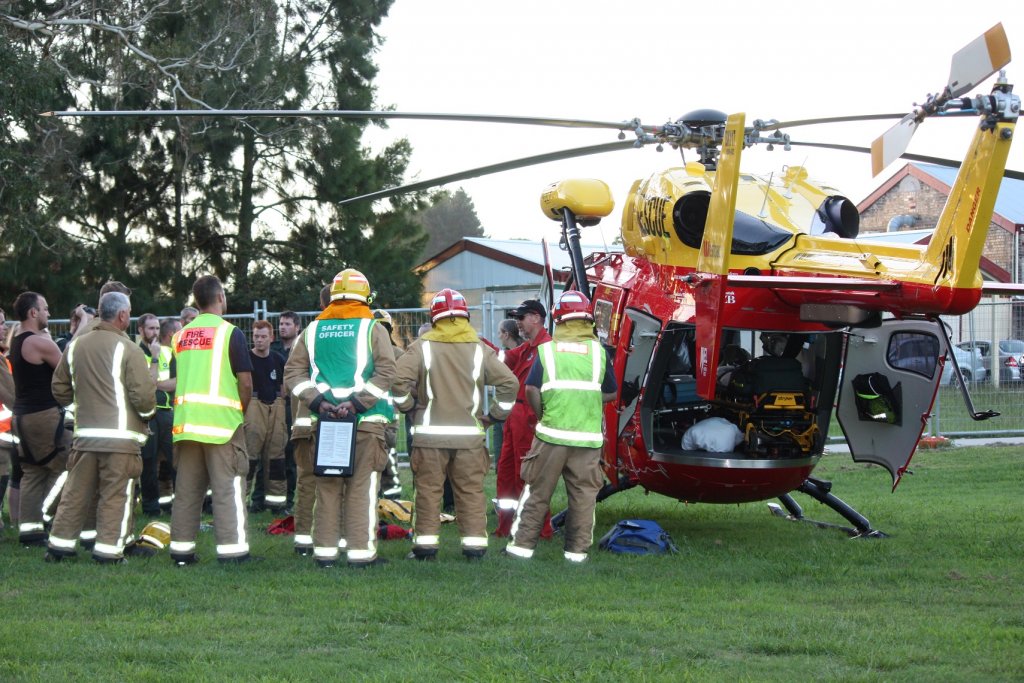 Chief Fire Officer Don Gerrand said the exercise had been a success.  “Speed is not important when you are wanting people to familiarise with the gear.  Hopefully on the day they will go faster because they are familiar with it,” he said.