A crowd of elite athletes, sports officials, kaumatua and council members gathered at the newly-built sporting facility at the far end of Karapiro domain last week for its official grand opening.

Waipa Mayor Jim Mylchreest joked that it could quite likely be the longest name given to a building, the Canoe Racing New Zealand High Performance and Perry Community Water Sports Centre, Home of Cambridge Yacht Club.

The sentence-long name tributes its many uses; the training centre for Canoe Racing NZ’s elite male athletes, who will be joined by the female athletes in a few months’ time, as well as a community facility and home of the Cambridge Yacht Club – which gave up their club building and lease held since the 1940s to allow for the construction. Locals or community groups can also book and use the facility through Waipa District Council.

“We’re proud to be known as the Home of Champions, we’re also just as proud to be known as a place that isn’t afraid to build assets and facilities that create a strong sense of community,” Mayor Mylchreest said at the opening. “There are people who suggest council should stick to their knitting, and only focus on pipes, roads and rubbish. To those people I say, no one every chose to live and raise their family in a place because of an attractive waste water treatment system or great road markings. It’s facilities like this one that make the Waipa community what it is.” 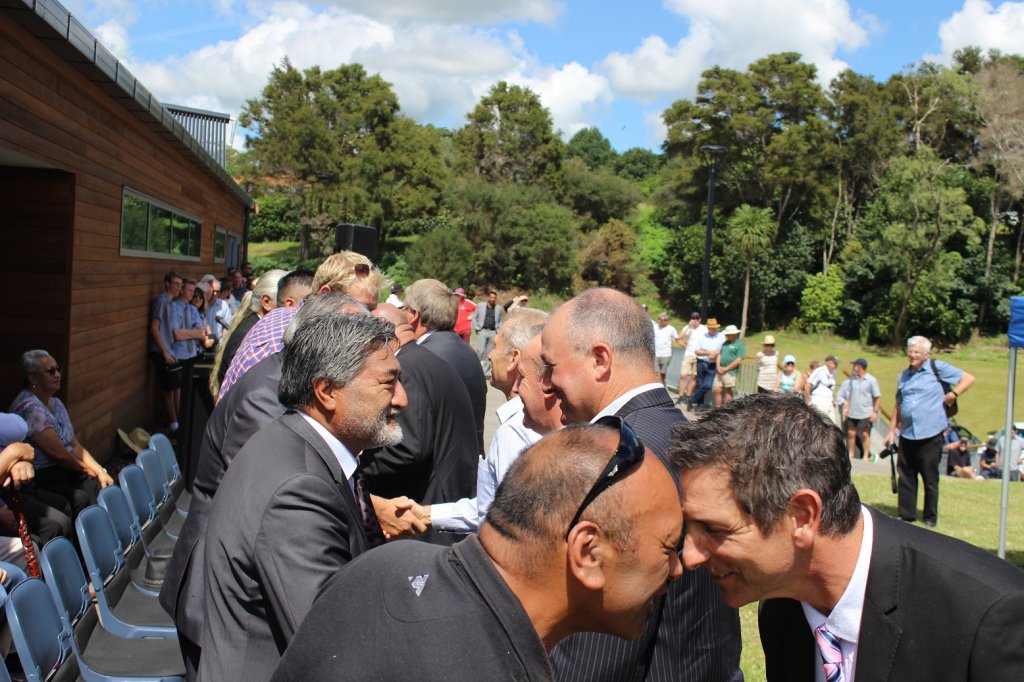 Acting Sport and Recreation Minister Peeni Henare attended the event on behalf of Hn. Grant Robertson, who was attending the Winter Olympics at the time, and took part in the blessing ceremony conducted by local Iwi.

“The model for this facility is a great example of how high-performance athletes and community groups can share space and complement one another,” Henare later told the crowd. “Making the move from Auckland… builds on the resources that Rowing NZ and Cycling NZ already have in a place here in Cambridge.”

The new $2.3 million building, built on time and under budget, includes two corporate spaces overlooking a spectacular view of the lake, with kitchen and bathroom facilities and a storage shed below, as well as a new pontoon for access to the water. It was jointly funded by Sport NZ, Canoe Racing NZ, Waipa District Council, the Brian Perry Charitable Trust, Frances Skeet Charitable Trust, Trillian Trust and Trust Waikato plus corporate supporters Deloitte and Fuji Xerox.

“It’s got a really good feel and I think it’s pretty amazing to be right next to the water,” Canoe champion Lisa Carrington said at the opening. “It has a spectacular view, and it seems to have been quite welcomed as well.”