Barefoot water skier William Leigh feels ready for the National Champs, having already qualified for the World Champs in August.

One Cambridge local will be a top contender at the National Barefoot Water Ski Championships when the competition comes to the far end of Karapiro over Easter weekend, hosted by the Piarere Ski Club.

William Leigh will be a tough one to beat having won the open men’s division of the Waikato regionals last month, held at the same venue. Leigh lives right next to the Piarere waters where the competition is taking place, training there twice daily.

“It’s cool to be out there every day, and the rush of being on the water” said Leigh, who gets up to 70kmph skiing on nothing but his bare feet.

During the Waikato Barefoot Water Ski Champs over February 10 and 11, the Year 13 St Peter’s student, competing in the open men’s division, placed fourth in trick skiing, second in slalom, and first overall, unable to do the jump because of choppy water. He scored 5,750 points for trick skiing, a hundred points of the NZ junior record, and completed 15.4 crossings in the slalom, a personal best. 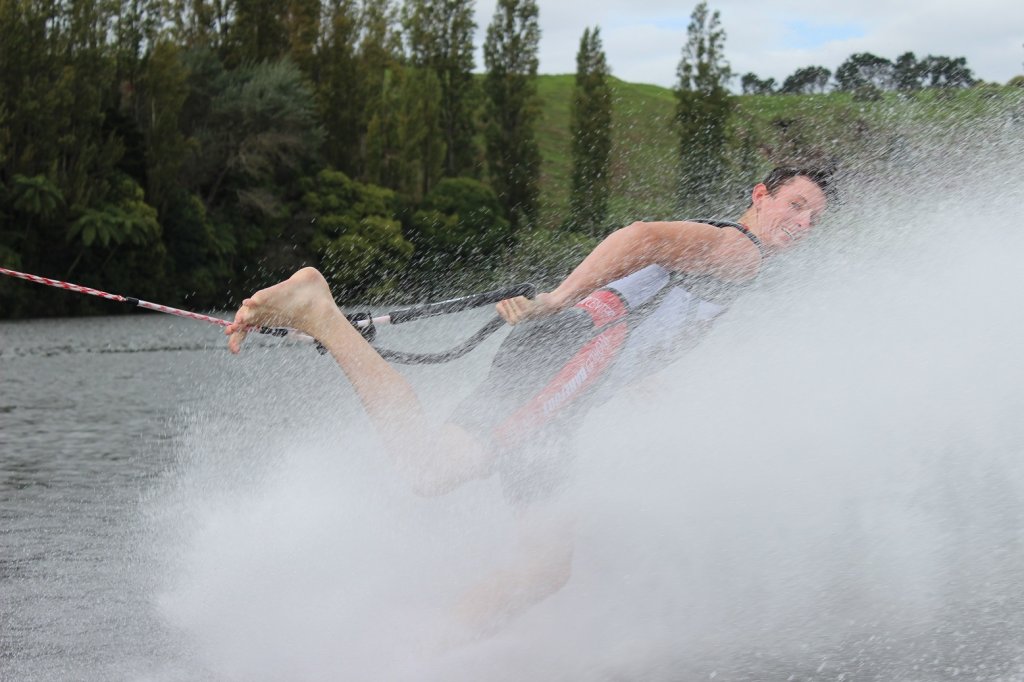 William Leigh pulls a daring trick for the camera.

“I was really pleased, especially with my first round of tricks, but also pleased with my slalom because the water wasn’t that good,” said Leigh, who at 17 years old will compete in both the junior boys’ and open men’s divisions at Nationals.

It means two rounds each for the trick, slalom and jump in the junior boys’ division, and then three more rounds of each discipline for the open men, totalling 15 rounds of skiing throughout the national competition over Easter.

“I think I’m the only one doing it (entering both divisions),” said Leigh, “so I’ll certainly be conserving my energy so that I can ski on both of them.”

Having his home right there will be a big help for recharging in between rounds, as well as knowing the area like the back of his hand. Between now and then, William will be “training hard” consistently and keeping in good shape. “Getting to ski the actual nationals course every morning is certainly an advantage,” he laughed.