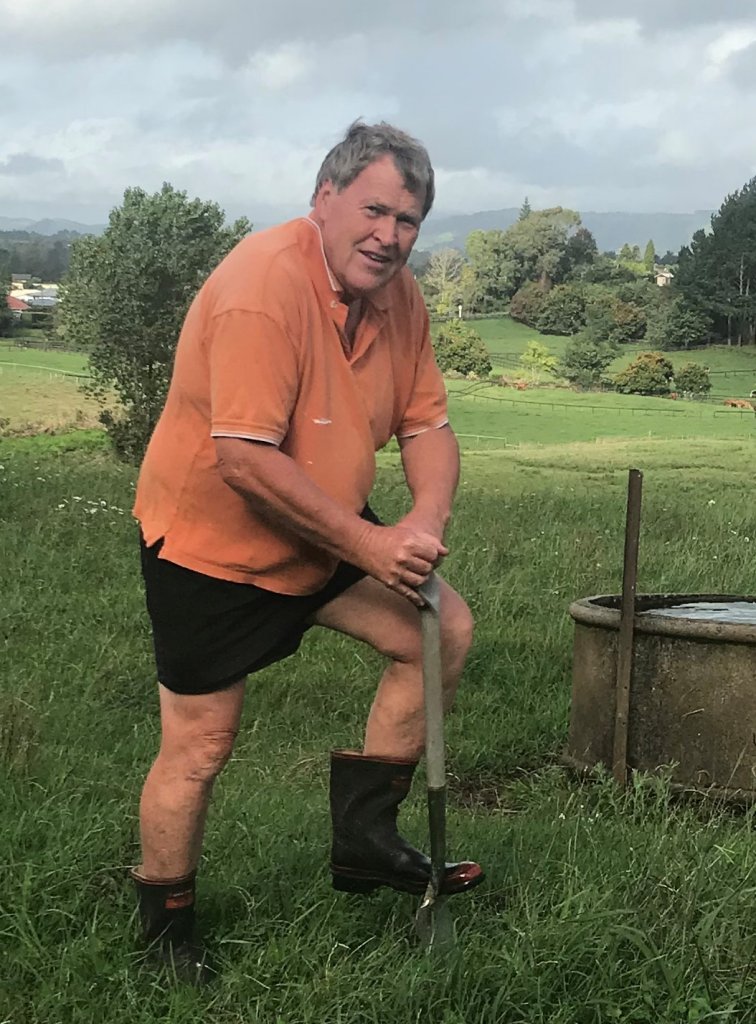 Waipa mayor Jim Mylchreest is urging residents to check their pipes for water leaks after his latest water bill showed a massive increase in use.

The first of two mock water meter bills will hit Cambridge mail boxes in the next few weeks, showing how much water households used in the last quarter of 2017 or since the meter was last read. The mock bills will show what the cost of that water will be once charging begins and will enable water users to compare their use with similar households.

Mock bills were sent to the western side of the district earlier this month.
Mylchreest did not receive a mock-bill as he has had a water meter since 1997.  Based on previous bills, he thought his household was “tracking along nicely”.  But he got a nasty shock when he received his latest ‘real’ bill and saw his use had more than quadrupled.

“Our bill went up from around $200 in the last quarter to around $1000 in our latest bill. I knew we couldn’t possibly have been watering the garden that much, so went hunting for the leak.”

“It took me a while but eventually I found a split pipe out in our back paddock. During a normal summer I would have noticed all the water, but because of all the rain a soggy patch of grass didn’t seem out of place.”

Mylchreest has now fixed the pipe and says he will be checking his water meter on a regular basis to keep an eye on his usage.

Waipa water services manager Tony Hale said the community response since sending out mock bills has been largely positive.  Many people have been pleasantly surprised that their costs were significantly less than expected, he said.

But he joined the mayor in urging residents to check for leaks in private pipes.

“Turn off all water using appliances and then check your water meter. If the dial is spinning despite all the water at your property being off, it’s likely you have a leak,” he said.

Fixing leaks in private pipes is the responsibility of property owners and Hale recommends contacting a registered plumber for advice.

“Leaks aren’t always obvious as our own mayor has found. If your mock bill is higher than you expected, now’s the time to get any issues sorted before the real bills kick in from 1 July.”

Both Hale and Mylchreest said Council was available to work directly with households with abnormally high water use.

5,353 mock water bills were delivered to households on the western side of the district in early February.

– More than half (2,850) of those households were better off for the quarter than they would have been under the old charging regime (i.e. the mock bill came to less than $101 for the quarter).

– 850 properties will see water recovery costs rise by about $100 per year based on current consumption. With a little effort, those households can bring their water use down. If so, their costs will stay about the same as under the old charging regime.

– About 30 per cent of consumers on the western side of the district will be worse off if they don’t either modify their water use or fix water leaks in private pipes. Council is working directly with heavy waters users to help drive water use down.

– 422 of the mock bills were sent to cross-leased properties, split between properties sharing a single connection. Of those, 85 per cent of cross-lease households were better off than they would have been under the old charging regime.

– 6,821 mock bills will be sent out to Cambridge households within the next few weeks.