The Kiwis went down 6-1 against England in the final last Sunday. Photo – Michael Jeans.

The New Zealand vs England ladies’ polo test match proved to be a hot contest on Sunday as the Kiwi team, captained by Cambridge’s Missy Browne, giving their all against the Brits.

The English got off to a flying start, scoring two goals followed by one goal for the Kiwis in the first chukka. The NZ team managed to keep their rivals at bay during the second chukka, but during the third the English managed to score a few more goals and eventually took the win. “It wasn’t quite the way I would have liked it, but that’s what happens when you play the world’s best lady players!” Missy Browne said.

The ladies match wrapped up a weekend of polo at the Cambridge Polo Grounds, which saw the biggest crowd ever attend the Keyte Watson Tournament, with well over 500 spectators.

“It was a huge success, it was great to see a big crowd and the weather played its part,” said Browne.

New Zealand’s top polo player John Paul Clarkin, and Kit Brookes, both Cambridge locals, were part of the Tiger Building team which won the high goal final against Clevedon’s Holilio team, 11-2. The pair also played in the New Zealand team against Argentina at Kihikihi on Saturday. 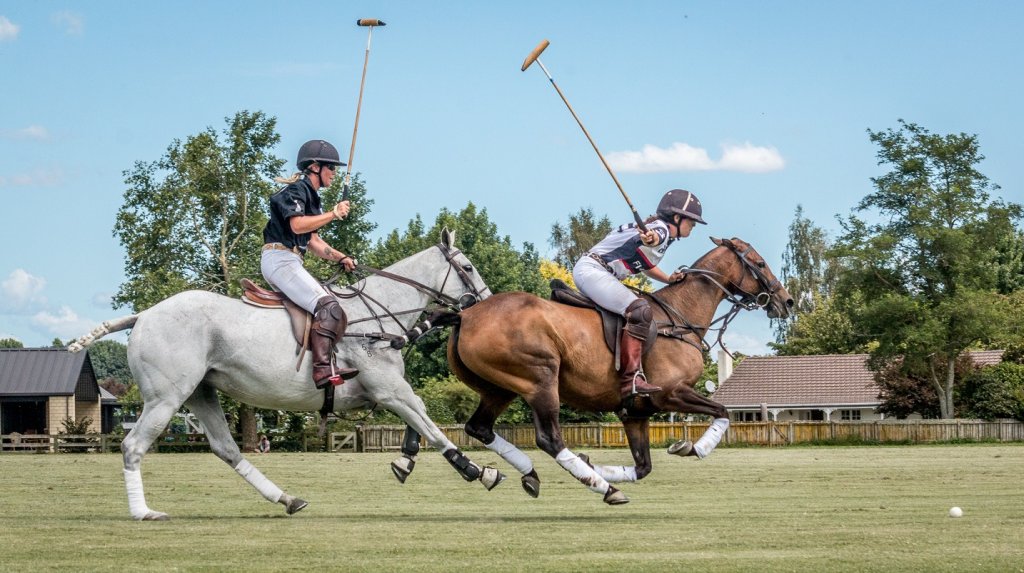 The Kiwis lost 6-1 in the final against England, held at the Cambridge Polo Grounds. Photo – Michael Jeans.