Builder steps up with new roof 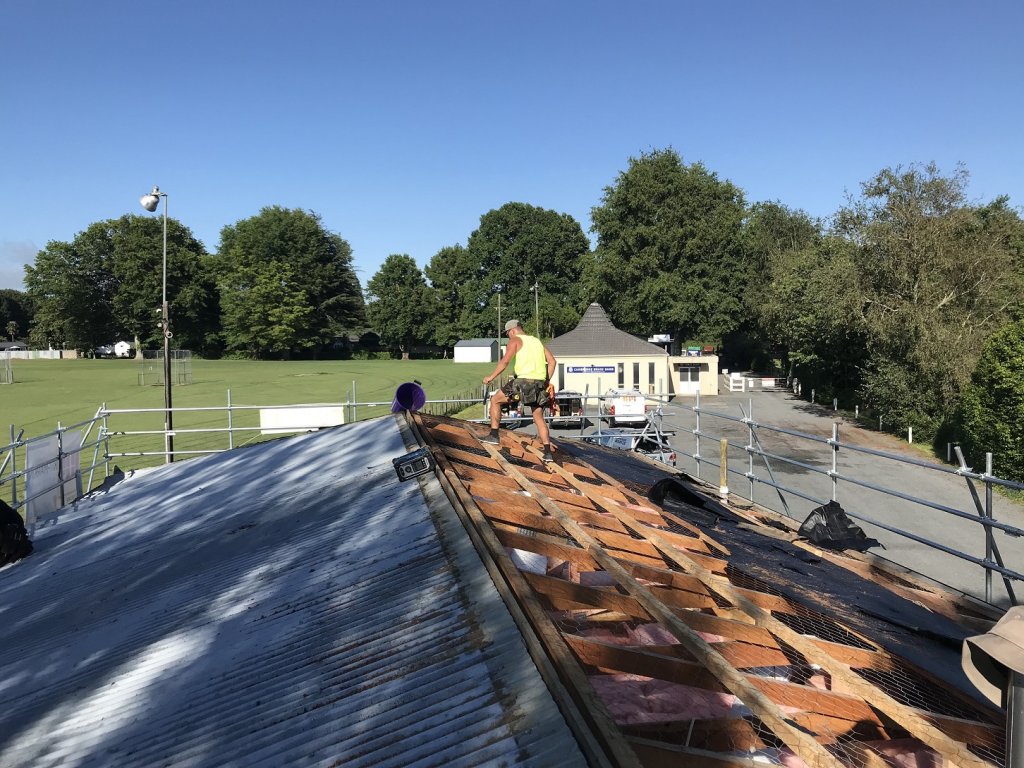 One of the Kit Markin workers, Abraham, working on the playcentre’s new roof.

After donating some building labour to the Cambridge Playcentre on Vogel St as part of a Facebook promotion, Kit Markin Homes has stepped up to help with a new roof.  General manager Josh Jennings explained that Kit Markin had run a Faceook promotion in September last year to find a community group in need of some free building labour, and the playcentre’s name kept cropping up.  “We built some stuff on the playground and realised they needed some more work done,” Josh explained.  “The roof had holes in and was leaking.”  Something had to be done.
A father of two young children – both too young to go to playcentre just yet –  Josh offered to donate building labour to replace the roof, saving the playcentre thousands of dollars.  “We flooded the site with men, adding up to around three days’ labour,” Josh said, estimating that the value of the donation was over $5,000.  Above All Scaffolding and Roofing Industries came to the party, as well as the Cambridge Lions who stumped up with $3000 for the badly-needed new roof.

Playcentre members spent over a year fundraising for material, running a garage sale, three bake sales and selling beeswax wraps and other crafts to raise the necessary cash.  With fundraising complete, the roof was finished in January just in time for the new playcentre year.

Janie Taylor said the playcentre was grateful to the Kit Markin Homes team, which worked overtime in 30+ temperatures to get the job done, as well as the Lions and others who have supported the roof project.