The New Zealand U19 lacrosse squad brought back gold from Australia.

Seven students from St Peter’s School were part of the New Zealand U19 World Championship Lacrosse Squad that won the 2018 ALA Southern Crosse Tournament in Australia recently.

The event, held from January 3 – 7 at the Altona Lacrosse Club in Melbourne, saw a strong representation from the Waikato in the NZ team, with 13 of the 20 players in the team hailing from the local region. 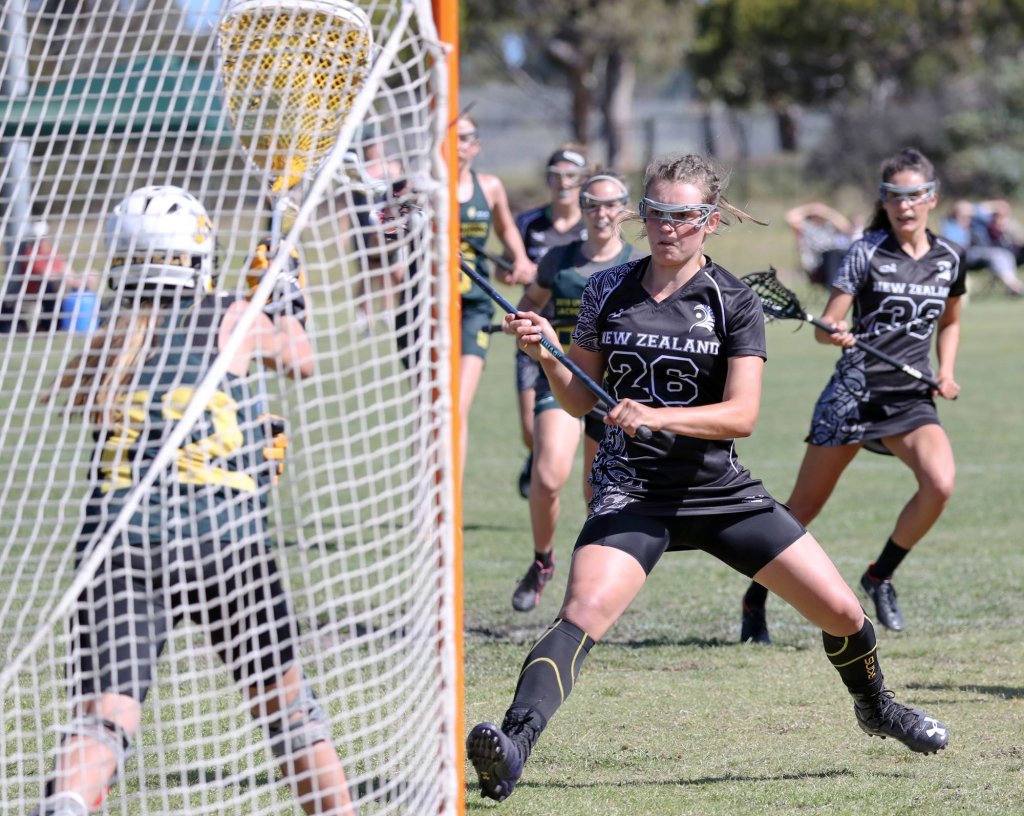 Brooke Bolstad aims for the goal.

Team manager Greg New said they didn’t know what to expect going into the tournament, as it was the first time New Zealand has entered a team. The group had also never played together until the tournament began. Mirren Tye races down the field.

The team’s participation in the Southern Crosse Tournament forms part of their build up to the FIL U19 Women’s Lacrosse World Championships, which will be held on Peterborough, Canada in August 2019. It will be the first campaign where New Zealand Lacrosse must defend their title current rank of 5th in the world.

The next step on the road to the World Championships is the Capital Cup in Virginia, USA in July to play a number of top teams in the elite category of the tournament.  They will then cap off the year in a test match tour in Adelaide, Australia, against U19 representative teams from 3-4 countries.