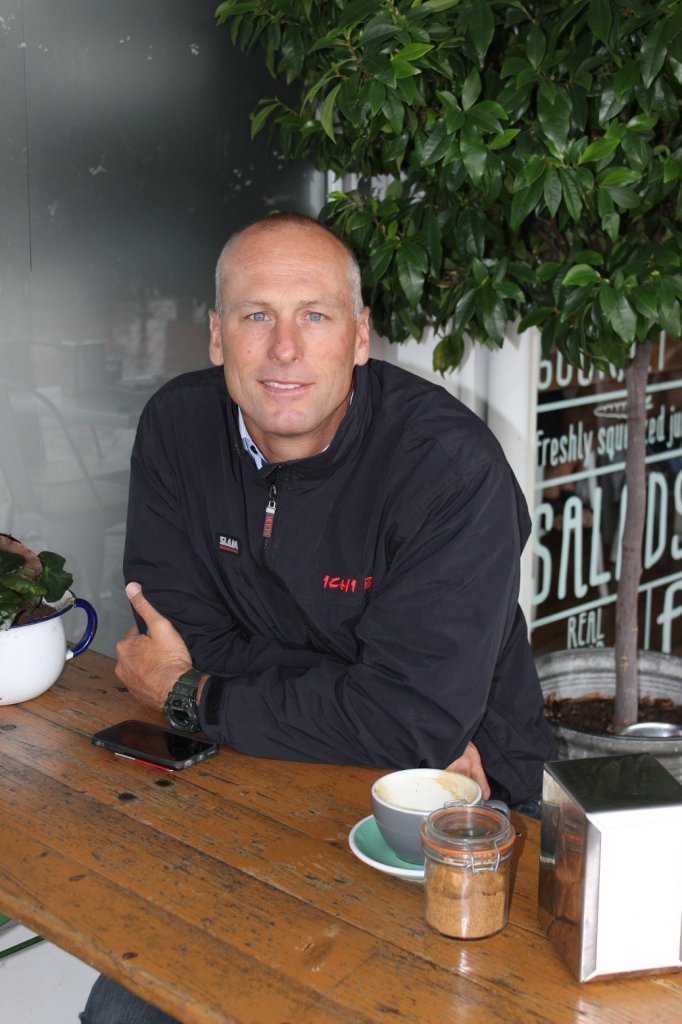 Anthony Merrington was a watch leader on Ichi Ban, the boat that won the Tattersails Cup in the Sydney to Hobart Yacht Race.

Many people went sailing between Christmas and New Year, but only one Cambridge resident can say they were aboard the boat that won the Sydney to Hobart yacht race.

Anthony Merrington, whose yachting nickname is Youngster – ironic, as he was one of the older sailors on the boat, he said it’s stuck from his teenage years – was a watch leader on Ichi Ban, the boat that took out the Tattersails Cup in the iconic yacht race.

Line honours went to Comanche in the race after a protest penalty dethroned Wild Oats XI, but the Tattersails Cup is decided by a handicap system, meaning all boats have a chance to take it out and be crowned overall winner, Anthony explained.

“The handicap is made up by the physical dimensions of the boat, it is measured and weighed, and a speed is determined. It’s a relatively fair system,” Anthony explained.

It means that you don’t have to be a billionaire to win it, rather it’s about being the best boat within your size and handicap range, he said.

Not bad, considering they didn’t get off to an ideal start, blowing out their main spinnaker on December 27.  “We had time and distance on the guys behind us, but then we blew the sail and had to put up a smaller, more conservative sail.”  Realising they were not going to win that way, the team decided to go for a larger sail.  “We chose the biggest one that was safe and held on and hoped,” Anthony said.  It’s a case of balancing speed with reliability, otherwise teams run the risk of pushing their boats too hard and not finishing, he explained.

The 52-foot Transpacific boat’s owner, Matt Allen, has been trying to win the race for 28 years and the team came close last year.

“Last year, with the same team on a very similar boat, we were winning coming into the Derwent River and then we ran out of wind,” Anthony said.

There was a heart-stopping five minutes this time around when they hit a calm patch in the dreaded Derwent, but fortunately the wind picked up and victory was theirs.

It was Anthony’s 14th or 15th time competing in the race, and the third time he’s been on a winning boat.

Weather conditions are notoriously treacherous in the Bass Strait, which separates Tasmania from the mainland, because the stretch of water is shallower than the surrounding ocean which creates shorter and steeper waves, sometimes up to 7 meters high.

The crew of 15 work in shifts of five, up on deck for six hours and down below for three during the race. “Each year it’s the last time but then two weeks later I’m back into it,” Anthony laughed.  “For me, it’s a massive team high.”

“All the guys always say you might go through 24 hours of terrible sailing, but you only remember the good stuff…it’s a human being’s way of blocking things out.”

He’s done the Volvo Ocean Race three times and sailed for Swedish yacht Victory Challenge at Valencia in 2007, but for now, Anthony reckons he will stick to shorter yacht racing, fitting it in around family and work, keeping his childhood passion for sailing alive.