It’s been a year of growth for the Zalamero Eureka Smoothies team, blooming from an initial concept in the classroom to a full-blown bottled smoothie business now stocking stores and cafes, and an enterprise award under their belt.  And, in recent weeks, the team had to redesign some aspects of their branding due to a minor legal dispute – although they can’t talk about that.

The group of Year 13 students from Eureka’s Westmount School, near Matangi, entered this year’s Waikato-King Country Young Enterprise Scheme (YES) – an experiential business programme which supports students to set up and operate their own business.

Running throughout the year with Dragon’s-Den like events, it all wrapped up with the Waikato-King Country YES Annual Awards night – held last week – where the Zalamero team took home the Supreme Regional Award out of more than 200 senior students. In addition to representing the region at the National Awards in Wellington in December, they won the Excellence in Communications Award and were each granted $1000 Massey University scholarships and $350 cash.

“We’ve worked hard this year to get to this point, so it was great to get the reward, but it’s about the journey too, we’ve had some pretty big things we’ve had to overcome, said McKenzie Clare, Zalamero CEO.

The “Berry Berzerk” Zalamero Eureka Smoothies were already sold at Rouge Cafe Cambridge and are now stocked at The Olde Creamery Café, in Kaipaki, and Farro Fresh supermarkets in Auckland. They plan to work with Progressive Foods in the new year to get the drink on local supermarket shelves.

“Make the most of it, you can do any amount of theory or study, but to actually run a business in real life, you’ll probably learn more from that than anything else.” 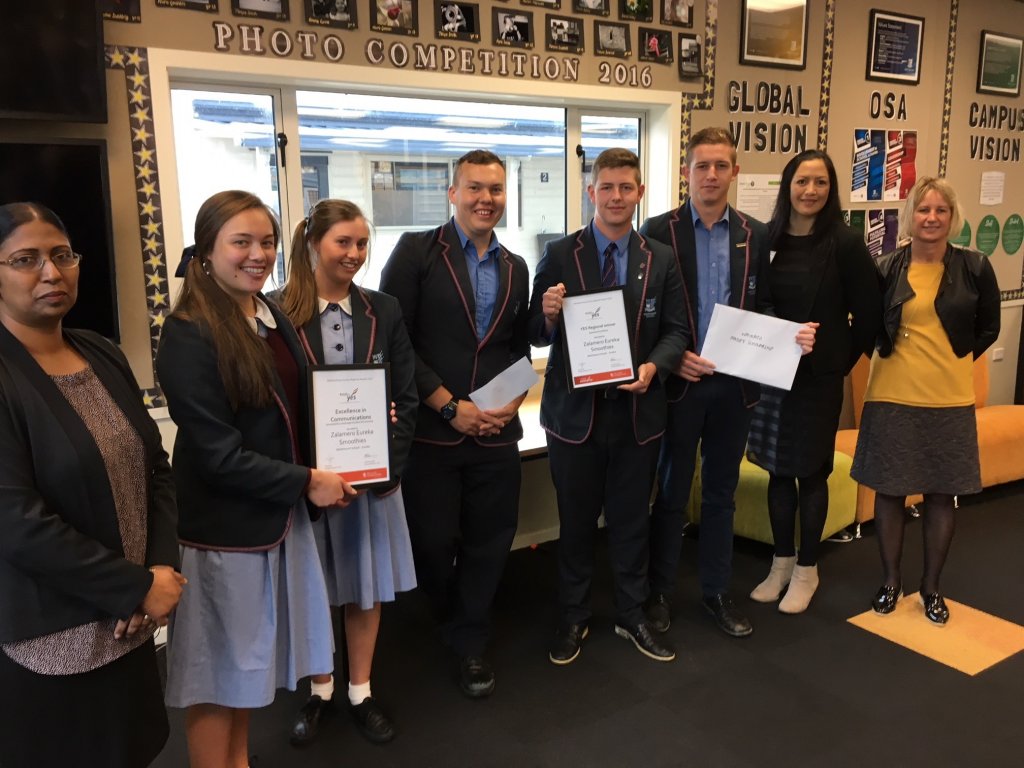 The Zalamero crew were rapt with their result from the YES Regional Awards.