Jewellery with country in mind 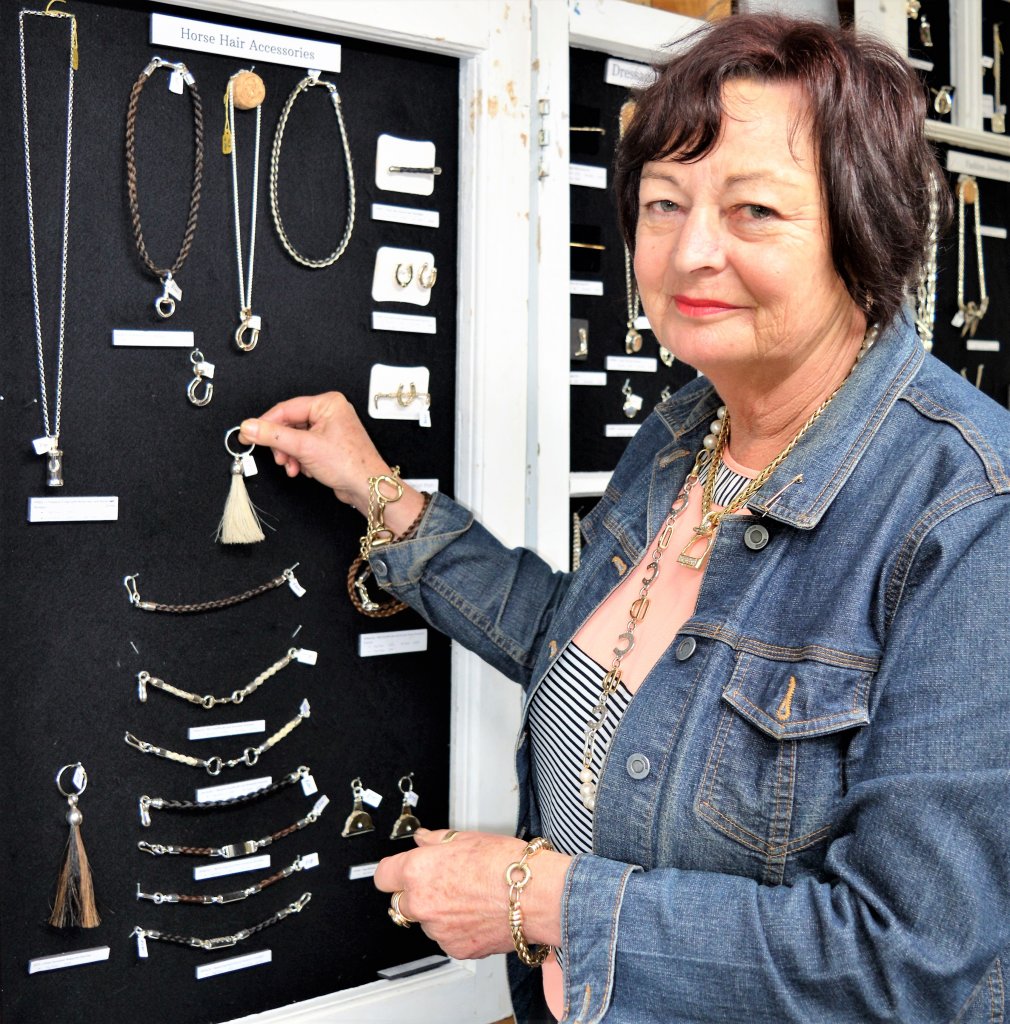 Chele Clarkin with just some of the equestrian range of jewellery she and Geoff Taylor make and market through The Cambridge Collection.

Chele Clarkin brings every ounce of her characteristic resilience to the jewellery she designs.

The equestrian range that she and Geoff Taylor create for The Cambridge Collection is immensely popular across both New Zealand and international markets.

They’re made for people looking for something different, something a little bit country and a lot equestrian, people who live life slightly differently from their urban counterparts.

And by anyone’s measure, Chele Clarkin has done that.  She lost her husband and teenage daughter within five years of one another, and last year the family home containing a lifetime of cherished memories went up in flames. Now in the process of settling into a new home, she is content designing and marketing the company’s jewellery range, and following the polo careers of family members who split their time between New Zealand and the international circuit. 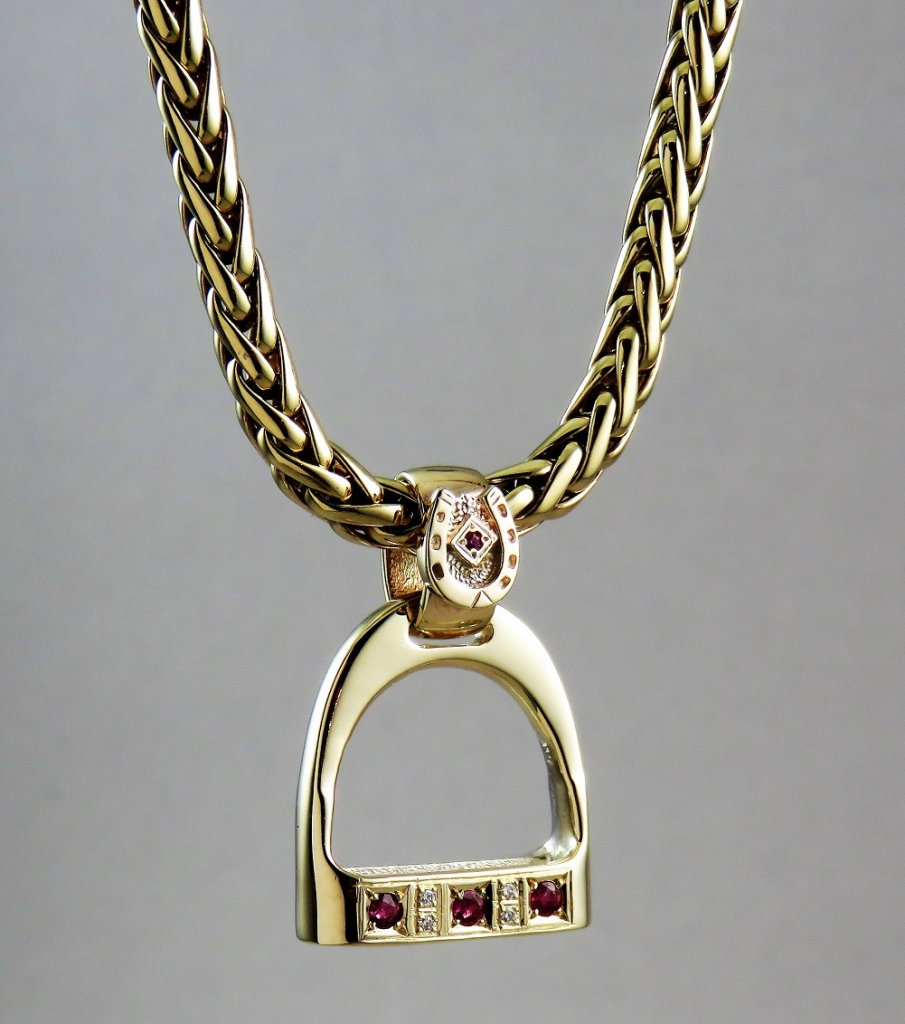 A spliced stirrup pendant with rubies and diamonds.

Chele stumbled into the jewellery business almost by accident. It was over 25 years ago that she started working with established jeweller Geoff Taylor and began building what she says is now one of the largest ranges of equestrian jewellery in the world.

The idea took root in the UK years ago, when she had seen equestrian jewellery brought into England from Argentina by Susie Ferguson – wife of the famous Argentinian polo player Hector Barrantes and mother of the Duchess of York, Sarah Ferguson.

“They were some small gold polo stick pins, and I loved them. They were a little crude, but they started me thinking,” she said.  “When I came home, I suggested to Geoff that we should do something similar.”

They went on to create a range that includes exquisite stirrup pendants, bracelets and rings, snaffle bit bracelets, pieces incorporating plaited horsehair, stock bracelets, cuff links, key rings and more. They are beautifully crafted pieces that encapsulate love, loss and special memories; much of the work they do sees older family pieces remodelled to bring them out of the cupboard and into everyday use.

Incorporating tail hair from beloved horses became a popular addition when Matamata’s Eve Holmes came into the workshop one day, asking if they could improve on her method of attaching her plaited horsehair bracelets to caps and clasps. That led to an entirely new range, which is constantly evolving and has become hugely popular both here and abroad.

Pieces in the equestrian range are strong and sensible, ideal for people whose hands tackle country pursuits.

“Thin bands and high-standing settings aren’t much use for country people. They get caught on things … they just can’t stand up to it. Women often don’t wear their jewellery as a result,” she said. “These items are designed to be worn every day.”

Horses have always been one of Chele’s passions; her earlier years were spent following husband Paul around the international polo-playing circuit, adding children John-Paul, Emma and Matt along the way.  The family moved seamless from country to country, but always had this area as its home base. It was here that the children went to school, and here that the then 19-year-old Emma lost her life in a car accident in April 1999.  Just over five years later, Paul was killed in a polo accident in the United Kingdom.

Chele’s designs reflect stories like hers; she is a great believer in crafting beautiful pieces that combine toughness with a personal element that has special meaning to the wearer.