Students back from China Briar McGougan and Mike Pettit got into the swing of things in China, donning traditional garments.

Cambridge Primary School’s group of students, parents and teachers who ventured to China this month have returned from their trip with smiling faces and some quirky stories to tell.

In addition to seeing how different the culture is to New Zealand, many of the children said their favourite part of the 11-day trip was trying the food.

“I really liked the food, it was very different,” student Annelies Banks said. “I ate a whole snail.”

But snails weren’t the strangest thing they ate – some members of the group also tried scorpion, frogs, chicken feet and deep-fried worms.

“We thought they were noodles,” Ashton Wallace said of the worms. “I ate like six of them, and I was eating another one when they said, ‘it’s worms’, and I was like ‘eeew’.”

Live prawns were probably the strangest food of all. “It was moving,” Isabella Harris-Early said of the sensation of a live prawn in her mouth, adding that it was a little weird but it didn’t put her off.

Cambridge Primary School Principal Mike Pettit said it was great to see the kids soak in the language and the culture.

“These guys (the students) were like energizer bunnies, they just kept going, so they were just soaking it in, so for me that was the biggest pleasure, actually just seeing these guys soak in the language and culture.” 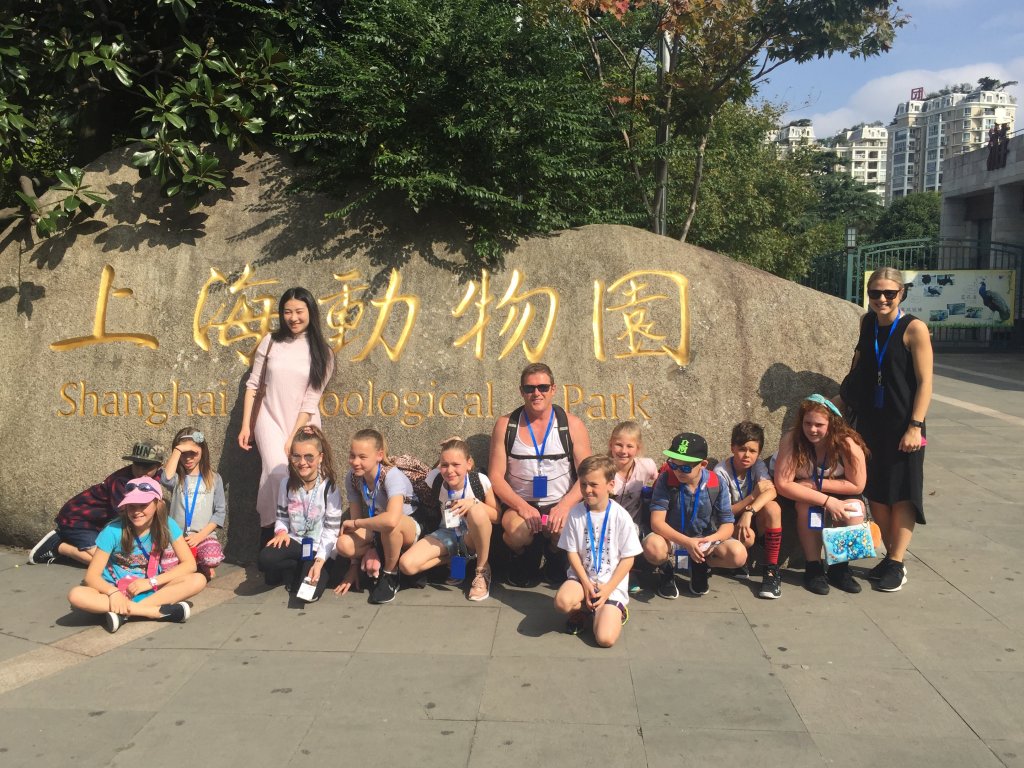 The students even used their Mandarin language skills when they spent the last few days staying with host families from their Chinese sister-school Shenlong Primary. Other highlights from the trip were cruising the Huangpu River in the evening, street markets, the Shanghai Natural History Museum and seeing a real-life panda bear at Shanghai Zoo.

Student Emily Hunter said it was really strange and “felt like a dream”, “because you don’t see pandas in New Zealand.”

Mike said they were grateful to the New Zealand China Sister Schools Fund for helping to make the trip possible.