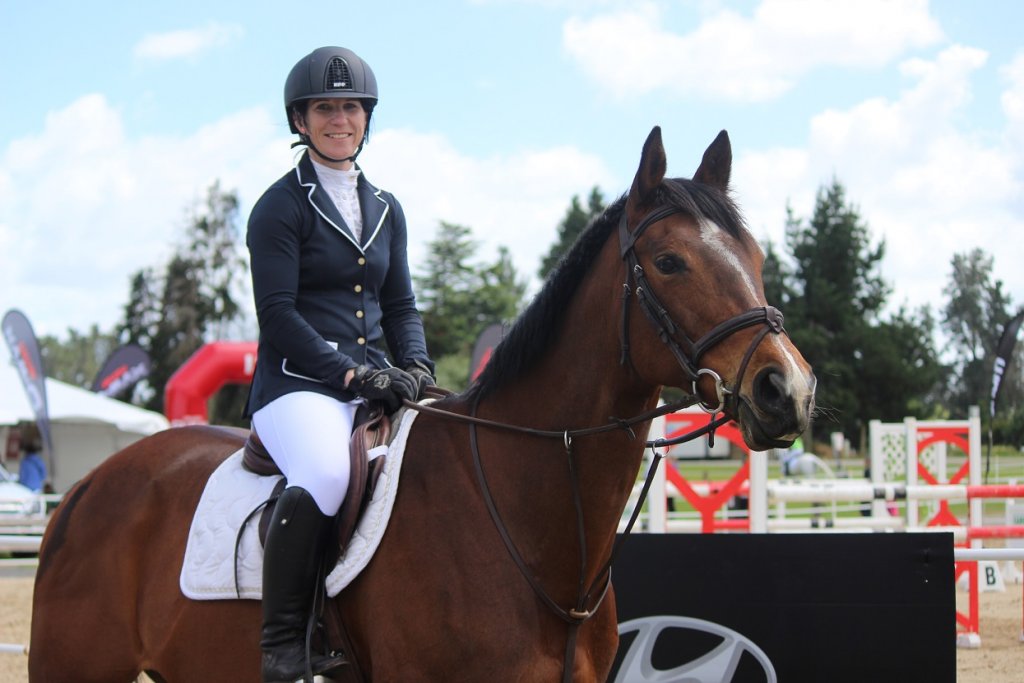 Cambridge’s Andrea Kewish was thrilled to come away from the Show Jumping Amateur Rider Series at Equidays with a first-place finish on Sunday.

Riding her horse Spring Fling, she finished the first round against 30 competitors perfectly, with no rails down. She was one of 8 competitors to make it through to the final, a shorter “jump-off” round which Kewish competed in first.

All other competitors ran the course afterward, but no one could beat Kewish’s top time, one came close by just a fraction of a second, but it wasn’t enough to beat the Cambridge rider. Being awarded a sash ribbon and a cover as the winner of the Amateur class was a first for Kewish.

“Riding is my hobby so it’s really nice when you get a reward like that, there’s a lot of time and effort that goes into preparing for shows,” said the 42-year-old mother and businesswoman.

“The other thing that I guess was a real highlight for me was that they awarded a sash ribbon and a cover for the winner of that class, in the Amateur class we don’t often get to compete for covers and things so everyone wanted to win one, that was pretty cool being presented with that… so yeah I’m absolutely thrilled!”

Despite the wildly windy weather on the day, Kewish was rapt with her horse’s performance. “There was a lot going on around us, with all the flags and music playing and cows being rounded up, so the atmosphere was not really something she enjoyed but she’s really good when she gets in the ring, just focusing on what the job is and doing her thing.”

Up next on the equestrian calendar, Kewish will be competing in the APL Show Jumping Waikato Festival in November, also at Mystery Creek.