A fresh study looking at public transport needs between the Waikato and Auckland, including a possible passenger rail service, was agreed to this week by Waikato Regional Council’s multi-agency regional transport committee.

“The development of a strategic business case looking at potential solutions will be an important step forward in looking at what needs are and the options we have for addressing them,” said committee chair Hugh Vercoe of Waikato Regional Council.

The strategic business case – expected to cost between $30,000 and $50,000 – is due to be met by the regional, Hamilton city and Waikato district councils.

The study is looking at a Hamilton to Auckland rail service but will also consider the possibility of a link to Cambridge as well.

“The full scope of the study will be discussed at the first working party” explained a regional council spokesperson. “It’s anticipated that the Greater Auckland report (the “Regional Rapid Rail” plan covered recently in Cambridge News) will be considered along with other reports and evidence that is available to inform the process going forward.”

An Auckland-Waikato transport connections working party will convene to oversee the development of the strategic business case. The working party is expected to have representatives from the three Waikato councils mentioned, as well as Auckland Council, Auckland Transport, KiwiRail and the NZ Transport Agency. It will be asked to consider whether a fresh consumer demand study should be carried out, subject to funding.

Business case work is due to start next month with the working party reporting back to the committee in April next year on its findings. 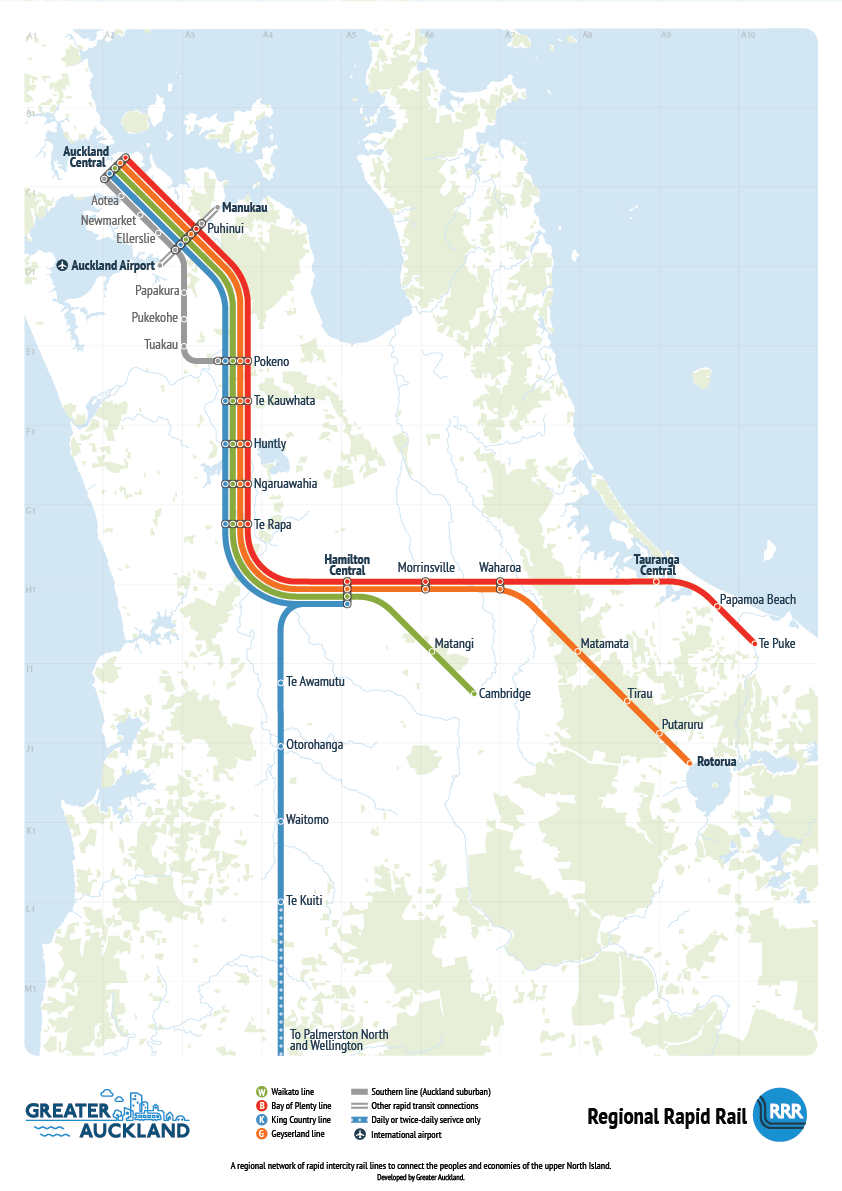 Mr Vercoe said there is a very clear central Government expectation for major transport projects to undertake a business case assessment to demonstrate that problems and opportunities are clearly understood, and that any investment is targeting at the right solution.

A report to the committee noted ongoing network issues standing in the way of getting a commuter rail service going in the short term.

It indicated the strategic business case could look closely at what public transport needs between the two cities actually existed and what was the most effective way of addressing any shortfalls in capacity.

A letter from Hamilton mayor Andrew King reported to the committee argued for a demand study as a priority part of the strategic business case. It noted that KiwiRail said there was no up to date robust survey results on likely demand for a rail service.