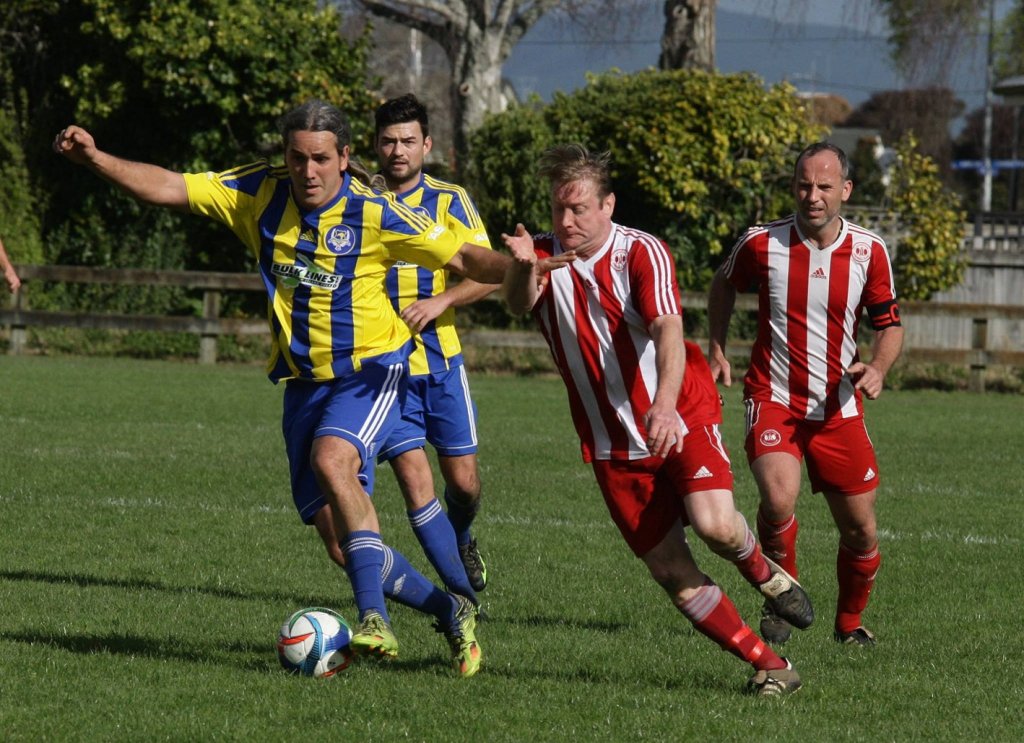 With four regional football titles in the bag, Cambridge are now set to play their most important matches in two years.

The Reds will travel to Auckland next Saturday for a promotion play-off match against Beachlands-Maraetai, and a week later the two clubs will meet in a second fixture at Cambridge.

The outcome of those two games will decide which club is promoted to the Northern League, a competition covering the upper North Island.

Cambridge qualify for the play-offs as the 2017 winners of the Loaded WaiBOP Premiership while Beachlands-Maraetai were runners-up in the Auckland/Northern Conference.

The Reds will play Beachlands-Maraitai at John Kerkhof Park on Saturday September 30 and will travel for the away leg a week earlier on September 23.

Meanwhile, Cambridge concluded their Premiership schedule with a 3-1 win at Melville United.

Scorers for the Reds were Tom Woutersen, Callum MacLeod and Donovan Latham.

The victory extended Cambridge’s unbeaten run to 16 games and ensured the club’s final winning margin in the competition will be at least six points.

Cambridge scored 91 goals in their 22 Premiership fixtures, a significant increase on previous seasons.

Otorohanga beat Cambridge 2-0 in the final of the Soccer Shop Waikato Cup.

The two teams from Waikato Division B fought a tight contest which had them scoreless at half-time.

But a goal from Otorohanga’s Mason Apperley and an own goal gave the side a 2-0 victory and their biggest trophy success in many years.

For Cambridge, it was the second time in five years the club has finished runners-up in the cup.

Earlier, the Waikato Plate final was won by Waihi B in a thriller with Waikato Unicol that went to extra time and penalties.

Unicol led 2-1 at half-time but Waihi fought back to level the scores 3-3 by the end of extra time.

With his goals, James achieved the rare feat of scoring in every round of the competition.

In the penalty shoot out, Waihi found the net five times to Unicol’s four.

In 2013, on the same pitch, Waihi lost the plate final 4-3 to Cambridge in another thriller so this year’s victory compensated for that disappointment.