Cambridge barista quite the coffee connoisseur 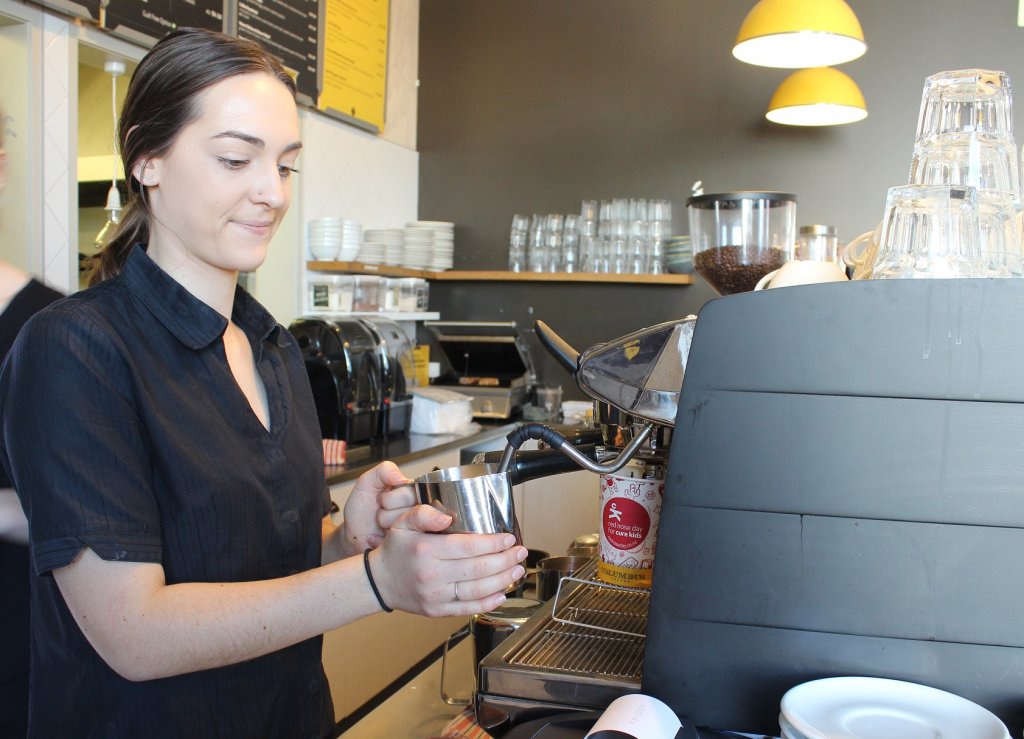 A lovely young barista here in Cambridge has been recognized for her brewing brilliance at the 2017 Columbus Coffee Barista Champs.

18 year old Millie Taylor finished the national competition with a first place finish over all other competitors for the coffee theory round, and as second place runner up for junior baristas.

The 2016 Cambridge High School graduate said she “definitely wasn’t expecting” to do so well.

“I was second on so I didn’t really get to watch anyone, I watched one person, so I was quite nervous at first, I didn’t know what to expect, but it was pretty cool,” Millie said. “It was quite intense though, there were so many people watching!”

Millie said she just tried to focus on what she was doing whilst under the spotlight, pretending it was just like making another coffee at work.

“Once the time started I just had to ignore everyone else and just make a coffee… it was quite a different environment to making every day coffee, but I think you just had to relax and focus, just zone yourself out and do your own thing. We do make hundreds of coffees a day!”

Millie was quite surprised and of course happy to hear the result during the competition’s prize giving. The Waikato University business student works Fridays and Saturdays at Columbus Café Cambridge (inside Mitre 10).